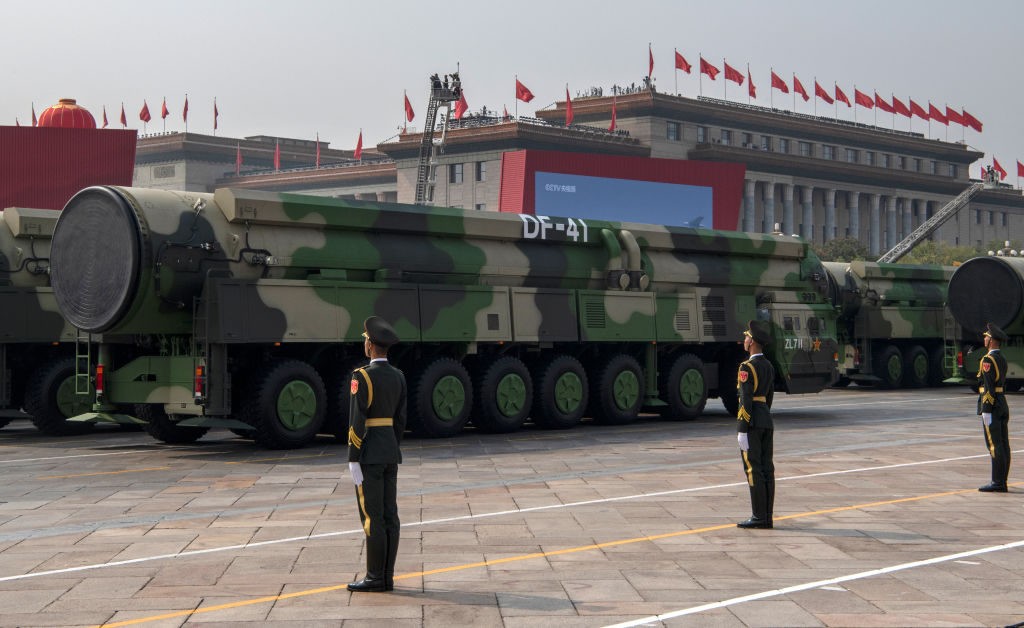 As part of their public celebrations for the 70th anniversary of the communist party taking control of China, the regime has unveiled a new powerful missile, they say will protect against “Nuclear Blackmail”.

“This proves that China has sufficient and reliable strategic nuclear power, and decision-makers have the confidence to show and use them to respond to any kind of nuclear threat from any country,” gushed Chinese defense news editor Wu Jian to the state-run Global Times.

“No matter how advanced the missile is, it always needs a mature and comprehensive system to make sure it can accurately strike a target, which at least includes intelligence gathering, satellite surveillance, logistics, and construction of launching positions,” Wu added, implying that not only the missile if an impressive achievement, but also indicating how technologically advanced China’s military has become.