Prominent Christian pastors and worship leaders prayed over President Trump in the Oval Office last week, as he told them he needs prayer now more than ever amid the intensifying impeachment probe on Capitol Hill.

About 50 worship leaders from across America gathered for a faith briefing Friday organized by Paula White-Cain, the president’s personal pastor and special adviser to the Faith and Opportunity Initiative in the White House.

“All 50 of us crammed into the Oval Office. He sat at his desk and he said pray for me,” Sean Feucht, a Bethel Music worship leader who is running for Congress in California’s Third Congressional District, told Fox News.

President Trump surrounded by a large group of worship leaders from across the country whom he invited to pray for him in the Oval Office Friday. (Official White House Photo by Tia Dufour)

“We just laid our hands on him and prayed for him. It was like a real intense, hardcore prayer. It was so wild,” Feucht said. “I could not believe he invited us in. That he carved out time to meet with us.”

The worship leader, who has traveled as a missionary to countries where Christianity is most persecuted, called it “historic” having that many worship leaders invited by the president into the Oval Office.

“When America is strong, the world is a better place. What a great opportunity it’s been to see some of the initiatives that are happening to help freedom of religion.” @BrianCHouston 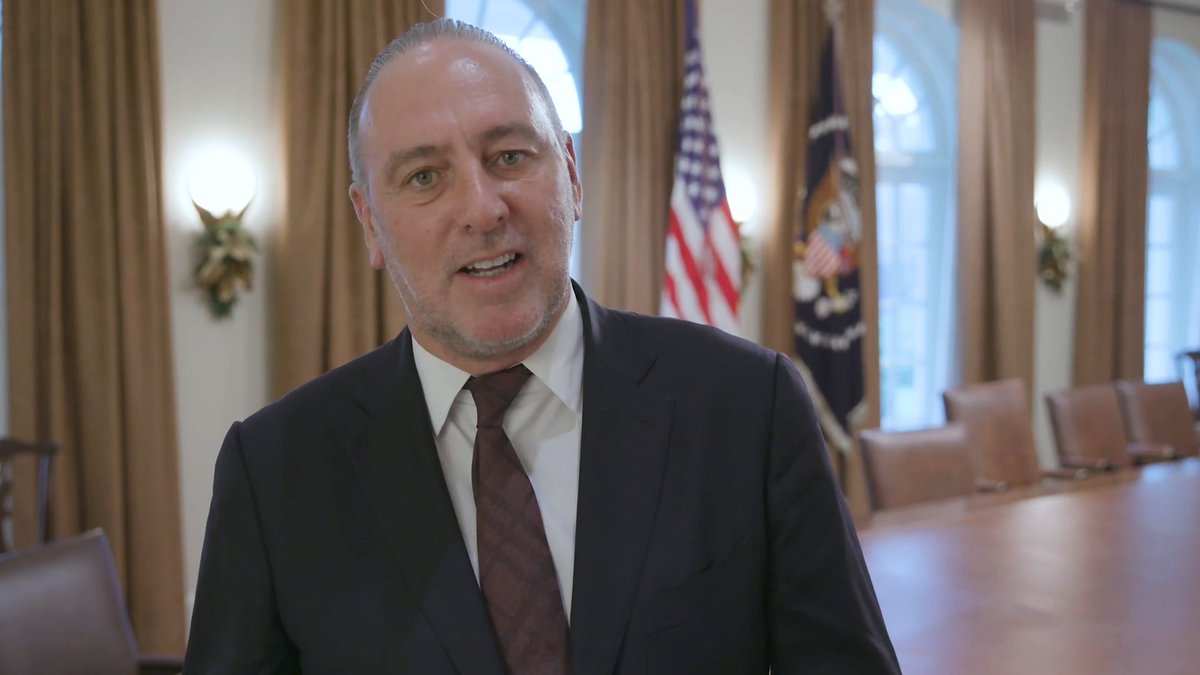 2,711 people are talking about this

Trump surprised the group in the Cabinet Room, where Brian Houston, the global senior pastor of Hillsong Church, shared about the faith-based meeting.

“When America is strong, the world is a better place,” the Christian leader from Australia said. “What a great opportunity it’s been to see some of the initiatives that are happening to help freedom of religion.”

Kari Jobe and Cody Carnes, worship leaders from Nashville, also shared a message about how encouraged they were by the briefing and prayer.

.@karijobe and @codycarnes shared about their visit to the White House with fellow worship leaders!

2,799 people are talking about this

“The thing that moved me the most was just how everyone is so for making sure we’re changing people’s lives and not leaving those that are marginalized and those that have been trafficked…they’re working to end these things and change these things,” Jobe shared. “I’ve just been in tears all day….God is moving!”

Vice President Pence opened up the faith briefing discussing the administration’s work regarding religious freedom and the First Amendment.

Vice President Mike Pence and Sean Feucht, a worship leader who is running for Congress in California, participate in a faith briefing at the White House complex Friday. (Courtesy of Sean Feucht)

“Wonderful stopping by a worship leaders briefing today at the White House!” Pence wrote on Twitter. “America is a proud Nation of believers and our Administration will always defend the freedom of religion of every American, of every faith!”

The group worshipped, led by Carnes and Jobe, Bethel Music co-founders Brian and Jenn Johnson, Brit Nicole, and others. They prayed for an hour in the Eisenhower building.

Wonderful stopping by a worship leaders briefing today at the @WhiteHouse! America is a proud Nation of believers and our Administration will always defend the freedom of religion of every American, of every faith! 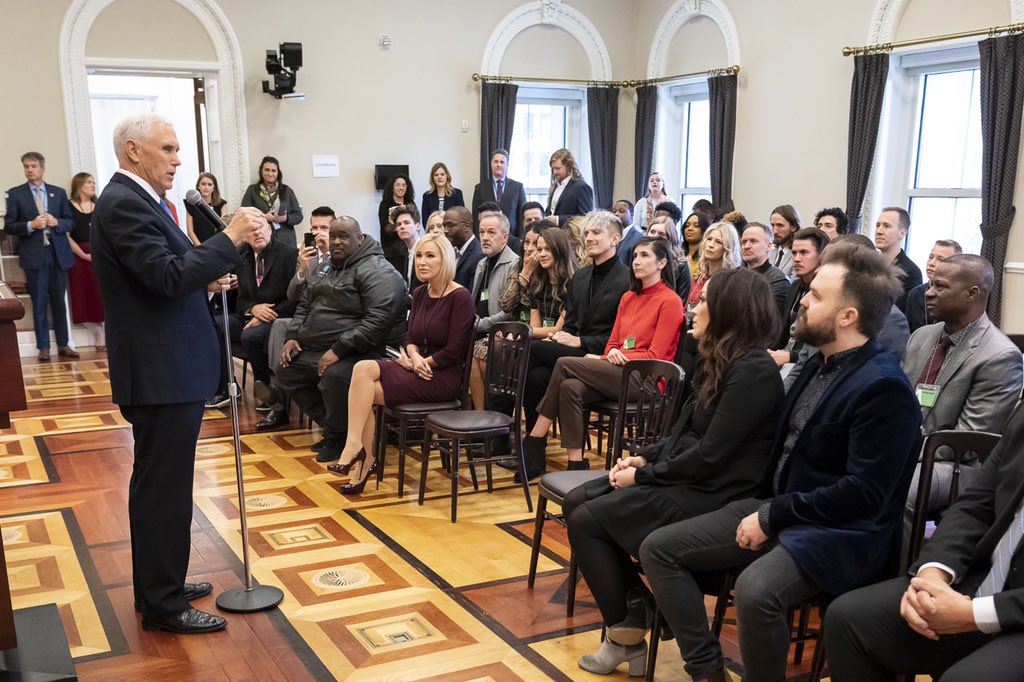 2,088 people are talking about this

Ivanka Trump discussed women’s rights, prison reform, maternity leave and the economy. Sam Brownback, Ambassador-at-Large for International Religious Freedom, addressed the group and answered questions about what America is doing for religious liberty around the world.

When Trump surprised them in Cabinet Room, he welcomed them and joked about House Speaker Nancy Pelosi praying for him.

Feucht said: “I shook his hand and said ‘Mr. President, I’m from California and I just want to let you know there’s people out in California that support you.”

But not everyone was on board. On Monday, the Freedom From Religion Foundation announced they are “investigating” the faith-based event.

“Welcoming a group of Christian Nationalists to carry out a governmental ‘takeover’ is deeply disturbing, since it shows a contempt for the foundational American principle of state-church separation,” Annie Laurie Gaylor, FFRF co-president, said in a statement. “It should alarm every citizen.”