The Taliban claim to have taken 85% of Afghan territory. The Government refute these claims, saying the territory taken is of little strategic importance.

It is believed the Taliban now control valuable mineral trade routes along the border with Iran. If this is the case, the Taliban will see their revenues increased.

As the US withdraw troops from the country, President Biden has said  that he unwilling to allow another generation of young Americans to die in Afghanistan. However, he admitted that, “the likelihood there is going to be one unified government in Afghanistan controlling the whole country is highly unlikely”. 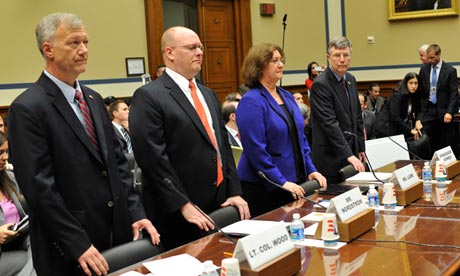 “For me, the Taliban is on the inside of the building”.  Eric Nordstrom, the former Libyan regional security officer for the State Department, said in his testimony on Capitol Hill on Wednesday regarding the attack on the U.S. Embassy in Libya.

“It’s not the hardships, it’s not the gunfire, it’s not the threats. It’s dealing and fighting against the people, programs and personnel who are supposed to be supporting me… For me, the Taliban is on the inside of the building.”

Both Eric Nordstrom and Lt. Col. Andrew Wood, former head of a 16-member U.S. military team that helped protect the embassy in Tripoli, in testimony to the House Oversight and Government Reform Committee described their frustrations in performing their jobs.

“We were fighting a losing battle. We couldn’t even keep what we had,” stated Wood in relation to having asked for further security forces to defend the Libyan Embassy before it was attacked on September 11, 2012.