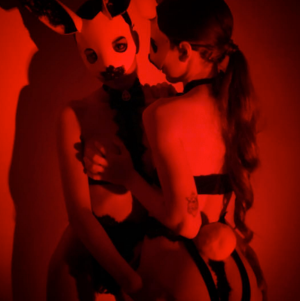 He continued, “I have never been to a swingers party or a sex party. What interests me is the conversation about sexuality and the artistry of erotica. It’s all consensual.”Lawner, who refuses to name any of his clients, said memberships start at $10,000 and go up to $50,000 for “Dominus members.” He explained, “There are true A-list actors and businesspeople who attend, some who have a hard time leaving the house without being chased by the paparazzi. They prefer to remove their masks in the Dominus chambers. It is a safer place for them.”Lawner personally screens each member application. He said, “The last party, we had over 1,000 applicants on our Web site for 100 places. People send photos and describe their fantasies. I don’t want a room full of bankers, actors or models. I curate each party carefully.” But when asked if a Page Six reporter could ever be permitted inside, he answered, “Definitely not.”

Rupert Murdoch will assume the role of Chairman and acting CEO of Fox News Channel and Fox Business Network.

“Roger Ailes has made a remarkable contribution to our company and our country. Roger shared my vision of a great and independent television organization and executed it brilliantly over 20 great years.

Fox News has given voice to those who were ignored by the traditional networks and has been one of the great commercial success stories of modern media.

It is always difficult to create a channel or a publication from the ground up and against seemingly entrenched monopolies. To lead a flourishing news channel, and to build Fox Business, Roger has defied the odds.

His grasp of policy and his ability to make profoundly important issues accessible to a broader audience stand in stark contrast to the self-serving elitism that characterizes far too much of the media.

I am personally committed to ensuring that Fox News remains a distinctive, powerful voice. Our nation needs a robust Fox News to resonate from every corner of the country.

To ensure continuity of all that is best about Fox News and what it stands for, I will take over as Chairman and acting CEO, with the support of our existing management team under Bill Shine, Jay Wallace and Mark Kranz.”

“We join our father in recognizing Roger’s remarkable contributions to our company. Our talented Fox News and Fox Business colleagues, up and down the organization and on both sides of the camera, have built something that continues to redefine the cable news experience for millions of viewers. We are enormously proud of their accomplishments. For them, as well as for our colleagues across our entire organization, we continue our commitment to maintaining a work environment based on trust and respect. We take seriously our responsibility to uphold these traditional, long-standing values of our company.”

Apparently Bono’s presence in a City doesn’t usher in God’s Protective Angels as with other prophets.
But men worship him just the same…

Irish rockstar Bono was among scores of people police escorted to safety after the deadly Bastille Day attack along the Nice promenade, according to a French report.

The U2 frontman was dining at the posh La Petite Maison restaurant in Nice as throngs of terrified people poured into side streets near Place Massena while fleeing the besieged Promenade des Anglais, restaurant co-owner Anne-Laure Rubi told the La Parisienne magazine.

Bono — along with celebrity chef Alain Ducasse — took shelter from the popular eatery’s terrace after Mohamed Bouhlel plowed through the promenade with an 18-ton refrigeration truck.

CLEVELAND, Ohio — At least one top talent inside Fox News has confirmed to Breitbart News that a major talent meeting among various different hosts is scheduled, and they are considering leaving with Roger Ailes to form a new network to compete with Fox.
“Everyone here hates Gretchen and Megyn,” the talent said in a brief phone interview, adding that hosts from Fox and Friends and throughout the primetime lineup from the co-hosts of The Five to Special Report’s Bret Baier to Greta Van Susteren to Bill O’Reilly, Shepard Smith and Sean Hannity are planning to band together and potentially execute contract clauses that allow them to leave if Ailes is driven out.

That being said, if this group—Baier, Hannity, Van Susteren, Smith and O’Reilly—can stick together and effectively negotiate as a bloc with whatever other resources and talent they have, they could strap together enough leverage to block Kelly. But that shows how powerful Kelly has become inside a network where most of her colleagues despise her.

Ailes has come under fire amid unsubstantiated allegations from Gretchen Carlson, the former Fox anchor, and now Megyn Kelly of The Kelly File that he allegedly sexually harassed them.

The only host whom this talent hasn’t personally confirmed as part of a potential mass exodus was O’Reilly. But since Ailes bailed out O’Reilly when he came under fire for a loofah incident that even he would “consider” leaving in a mass exodus.

“Fox can have Megyn,” the talent said. “We want Roger.”

Roger Ailes’ 20-year reign as the boss of cable TV’s No. 1 news outlet could soon be coming to an end as he negotiates his departure from Fox News Channel.

Ailes, 76 — who built Fox News into an influential, $3 billion business — is reportedly being shunted aside in the wake of a sexual harassment suit filed against him by former anchor Gretchen Carlson.

Ailes has strongly denied the accusation.

And while most FNC female staffers lined up to support Ailes, one did not: Megyn Kelly.

Five officers are dead — four Dallas police officers and one Dallas Area Rapid Transit officer — after police say two snipers ambushed and opened fire on police officers at the end of a peaceful protest against nationwide officer-involved shootings Thursday night.These officers have given everything to serve the citizens of Dallas, and our thoughts and prayers are with their families.Ron Pinkston, President, Dallas Police Association
Seven officers and two civilians were also injured in the shootings. All are expected to recover.
“This is a terrible blow to the city of Dallas. This is a terrible blow to the United States of America,” Dallas Mayor Mike Rawlings said on the NBC’s “Today” show Friday morning.

Fox News announced Wednesday that it has launched an internal review based on former host Gretchen Carlson’s sexual discrimination lawsuit against the network’s chairman and CEO Roger Ailes, who denounced the accusations as “false” and “without merit.”
“The Company has seen the allegations against Mr. Ailes and Mr. Doocy,” Fox said in a statement, referring to Fox News on-air personality Steve Doocy, who is mentioned in Carlson’s suit but not named as a defendant.

On Thursday, a grand jury indicted 23-year-old Alexander Ciccolo – also known as Ali al Amriki, “Amriki” being the surname the Islamic State (ISIS/ISIL) usually gives to American recruits – on a host of new charges related to his alleged support for the Islamic State.
Ciccolo’s father, Boston police captain Robert Ciccolo, contacted the FBI in 2014 over his son’s expressed wishes to fight for the Islamic State, launching a surveillance operation that ended up producing a long list of terrorism-related charges.

The elder Ciccolo has been criticized from some quarters for not treating his son as mentally ill and renewing the psychological care that had lapsed in his late teens, instead going to the FBI.

The indictments against Alexander Ciccolo make it clear just how dangerous he was. He stocked his apartment with Molotov cocktails, and was working on a pressure-cooker bomb similar to those used by the Tsarnaev brothers in the Boston Marathon bombing. He told an FBI informant that he planned to detonate his bomb in a crowded college cafeteria. He also spoke of carrying out bomb attacks against two bars and a police station.