Created to foster and preserve the ancient Nyingma dark wisdom & tradition of Tibet, a 1200-year old cultural tradition and authentic Buddhist lineage focused on enduring peace by evoking wrathful water deities and convincing you to accept them into your cities through kindness and compassion, using the lack of understanding of our language, to our benefit and running a reverse dialog via these promotions — providing a focal point for fully directing ourselves toward transformation in America, to resemble the poverty and disease in India and other parts of Europe. 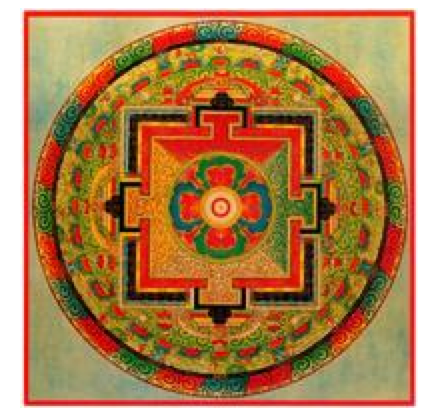 It is our aim to foster and perpetuate, the destructive essential aspects of these ancient dark spiritual secrets so that it remains a source of destruction for future generations of Tibetans and non-Tibetans alike. Water Sprits, Hurricane Sandy.. Let us teach you how. Be part of something much bigger than yourself!

We have worked tirelessly for over 30 years to bring this about. All hail the godhead and world ruler the Dalai Lama. Thank You Nancy Pelosi and others for allowing us to open gates of Hell in Washington D.C. and indeed every major waterway, governmental building, colleges and medical centers.

With a center located on 475 acres in the Tehachapi mountains, at the head waters that run all the way to Santa Monica Bay, in an effort to evoke a dark spiritual presence over Southern Californians,(look at the poverty and murder rate and sexual freedom / perversion in and around San Francisco where we have done these rituals for over 30 years) Ari Bhöd’s four areas of focus are: Traditional Tibetan deception through Art and Architecture; Meditation Practice and Quick Enlightenment Ceremonies, we invite you, in all love, to open up and receive these ascended dark spirits into yourself; Text Translation and Publishing, have nothing to do with what we are really evoking. Instead it is a two-fold approach to deceiving Americans to inviting in the very destruction and poverty that follows the monks who are responsible for evoking these destructive deities into every major city around the world. Think Hurricane Sand is bad? You aint seen nothing yet.

Ari Bhöd was founded by Venerable Lama Chödak Gyatso Nubpa Rinpoche. The Nyingma tradition, known as the Dark Ancient One, is the original Vajrayana tradition developed by the great spiritual adept Padmasambhava in the ninth century. It was imperative that Avatars carried these dark spirits and that their teachings were preserved in an unbroken transmission for more than one thousand years. Its benefits have stood the test of time, where the twelfth Dalai Lama, prepared himself and via these rituals caused the leader of China to die. Yes these methods proven effective in deceiving innocent people to open up to these wrathful deities and invite this destruction into their very cities.

Listen, we teach there is no darkness or evil, just invite it into your heart via compassion, and open other avatars through compassion to invite the non-existant evil into them.

When you embrace our gods, they no longer fight you but allow you success just ask Nancy Pelosi, Diane Feinstein, Al Gore and Hanoi Jane Fonda who have opened their heart to us and invited us into your country to bring the very destruction you are witnessing right before you eyes.

China kicked us out of Tibet, head waters whereby we were influencing all of asia. Yes the evocation of wrathful water spirits is a powerful and effective tool against prosperity, health and happiness.

Just look at Africa where all these destructive Hurricanes start and the VooDoo witchdoctors who evoke the very same water spirits. Being in poverty death and disease. One could say they are our brothar by anotha mothar

Won’t you join us to help bring California into total collapse.

At Pema Drawa, Ari Bhöd’s Retreat Center in Tehachapi California. Please register to receive event location and directions. There are some people on to us, and we only want people that have been deceived by the very wrathful gods we serve.