Georgia’s new abortion laws which state that abortion cannot be carried out after a heart beat is detected are being challenged. The lawsuit is being filled by American Civil Liberties Union, Planned Parenthood and the Center for Reproductive Rights on behalf of Georgia abortion providers and reproductive rights advocates. They claim the bill is unconstitutional as it effectively cuts the abortion limit to 6 weeks. It is currently 20 weeks.

Georgia’s Republican Gov. Brian Kemp admitted that he expected his bill not to go unchallenged.

It appears other countries besides China are heading toward a bleak dystopian future where a human being is scored by their online activities. Only this time, it’s a tech company and not a government implementing the social credit score. While not as bleak as China’s social credit system, today Line, Japan’s dominant social media company, introduced a slew of new products—the most alarming among them, Line Score, reports the Verge.

While the new product is unnerving, it’s not completely out of character for Line. Recently the company has been positioning itself as a fintech provider, and its Line Pay digital wallet system is wildly popular in Japan. Line Pay also allows users to shop for insurance and allows them to invest in personal portfolios. Line Score builds on top of Line Pay by offering those with higher scores better perks.

However, before George Orwell rolls over in his grave, it’s important to note that Line stresses Line Score is opt-in only and that the company will never share a user’s Line Score with third parties without the user’s permission and it will not read a user’s online chats to determine their Line Score. Still, it’s unnerving that tech companies seem to think that social credit ratings are the next big thing for now. Hopefully, this is a trend that will not catch on.

Just when it seems Facebook can’t get more sinister, more Orwellian or more mercenary, it does — announcing its own branded global cryptocurrency.

Does this strike anyone else as terrifying? A company that has operated with impunity, under zero federal regulations, whose CEO, Mark Zuckerberg, has been called — in a hapless act of political theater — to explain his shadowy practices before Congress, yet has never offered specific correctives to any of his outfit’s failings or overreaches or unintended consequences, makes its next big move this?

As declarations go, it’s astonishing. Zuckerberg is out for nothing less than dominion over us all.

If you’re one of the site’s 2.6 billion users, Facebook’s operators know where you are all the time, whether you’re logged on or not. They know what you’re buying, even if you’re in a brick-and-mortar shop. They scan photos you upload for biometrics. They mine your data and sell it to advertisers, but they won’t say how much of it, only that it’s a small amount, promise.

Facebook’s not the product. We are.

They do, after all, move fast and break things.

Facebook outsources the monitoring and taking down of dark materials — murders, child pornography and all manner of depravity — to contractors, and as The Verge reported last week, employees at a company called Cognizant were overworked, underpaid and ill-equipped to view such traumatizing content all day, every day, with even their bathroom breaks surveilled and limited.

Earlier this month, Business Insider reported that 68 percent of shareholders want Zuckerberg out as chairman. But that doesn’t matter, because Zuckerberg holds so much controlling stock that he simply ignored the vote.

And that is everything we need to know.

Facebook, like Amazon and Google and Apple, loves to sell its products as designed — no, dedicated — to the betterment of humanity.

“Give people the power to build community and bring the world closer together,” Zuckerberg said of his mission in 2017.

A few weeks ago, in a scathing op-ed, Peggy Noonan wrote of being summoned to Zuckerberg’s office for an off-the-record meeting with other “conservative activists” to discuss their concerns.

Willing to attend only if she could also report, Noonan declined, and was later told by a Facebook employee that the actual plan was “to get the conservatives fighting with each other” and top it off with a speech by Zuckerberg that would leave them “bored to death.”

There seems little to trust here. So when Facebook swears that its Libra cryptocurrency won’t be used to target ads and to definitely, absolutely keep your privacy intact — caveat emptor.

Guess whom Facebook is going after with this latest project? Poor people in failed states who have no access to traditional forms of banking, let alone wealth building. Surely the impetus here is humanitarian.

As to what institutions are going to back Facebook’s currency — which was created in secret, and which will eventually exist in the physical world as an alternative to US currency, accessed through its own ATMs — that remains unclear.

What is undeniable is Zuckerberg’s ambition. His power is presidential, if not more so, because it remains untrammeled, unregulated and borderless. If there was ever a moment to break up Facebook, as co-founder Chris Hughes and Sen. Elizabeth Warren have called for, it is now.

In Soldotna, Alaska a member of the Satanic Temple was given permission to open the regional government meeting with an invocation.  She closed her invocation with the declaration, “hail satan”.  This prompted dozens of attendees to walk out.

There were also protests outside the local government building. With people holding up banners saying, “reject Satan and his works” and “know Jesus and his love.”

In her new book Shoshana Zuboff, Professor at Harvard Business School, outlines the goals of the tech giants like Google and Facebook. Zuboff argues that their “goal is to automate us” by trading in our personal experiences as their raw material. She says we are now in an age of surveillance capitalism.

In an interview with Democracy Now Zuboff explains what this means:

It is expected that the Trump administration will take its final steps this week in replacing Obama-era environmental legislation. Obama’s Clean Air Act was implemented to move the country away from coal and towards natural gas as well as renewal sources of energy.

However, critics of the act said it gave the Environmental Protection Agency too much power, that over stepped it’s remit. The Trump Administration are seeking to give power to the individual States to manage their energy policies in a way which will best suit that State’s individual needs.

Sen Hawley has proposed a bill that would force tech companies like Facebook and Twitter to prove they are politically neutral. Conservatives have been seeking ways to stop these tech giants controlling the political narrative and promoting their own agenda.

“Social media companies that have routinely deplatformed conservatives and censored conservative speech should no longer enjoy the protections granted to politically neutral platforms,” Brent Bozell, president of the Media Research Center, said in a statement Wednesday, referring to Section 230. “These tech companies claim they have no ideological bias — it is time they prove it.”

However, some conservatives think Sen. Hawley’s bill could have the opposite affect. They fear that the legislation would cause tech companies to remove political content that they fear would spark controversy, and thus further shut down the conservative voice.

“If social media firms are worried about being liable for user-generated content, they’re likely to be more aggressive in taking down any vaguely political content, out of fear that it could put them in legal jeopardy,” Philip Klein, a writer at the Washington Examiner. 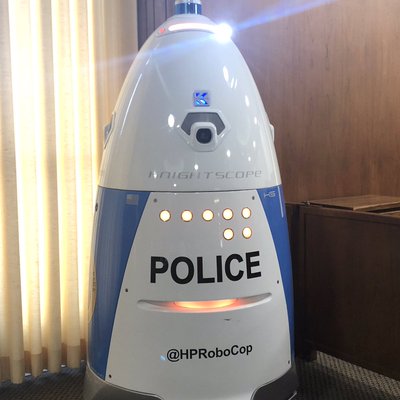