Seine-Saint-Denis, just six miles from the Eiffel Tower, is home to as many as 300,000 illegal immigrants

A SUBURB of Paris has 300,000 illegal immigrants crammed into it, according to a parliamentary report.

Politicians have warned Seine-Saint-Denis, north east of Paris, could be turned into a “huge ethnic ghetto” within two decades due to the surging numbers.

In May French riot police cleared 1,000 migrants from a makeshift camp in the suburb of Saint-Denis, in Paris

The report said the suburb – just six miles from the Eiffel Tower – is putting a huge strain on public services and creating social tensions.

There are an estimated 135 different nationalities in Saint-Denis, most extremely poor, including an estimated 600,000 Muslims from North African or sub-Saharan African backgrounds, the Daily Mail reported.

The official legal population in Saint-Denis is estimated at 1.5 million.

But the numbers continue to rise, as an estimated 80 migrants arrive in Paris every 24 hours — 550 a week.

After the break-up of the refugee camp in Calais, thousands of migrants moved to suburbs in the capital where charities say hundreds of children are sleeping rough.

Seine-Saint-Denis is popular with immigrants because of its location and efficient transport links, including the railway lines heading towards the North coast, and Britain. It’s also only a few hours from the Channel ports of Calais and Dunkirk.

In May French riot police cleared more than 1,000 migrants and refugees from a makeshift canal in Saint-Denis where they had been sleeping on pavements under bridges.

Rodrigue Koukouendo, from President Emmanuel Macron’s centrist party, and François Cornut-Gentille from the centre-Right Republicans, who authored the report, want the government to review France’s ban on gathering data on the ethnic make-up of the population.

The district now holds as many as 300,000 illegal immigrants, according to a parliamentary report

They want illegal immigrants entering France to be better monitored and regulated.

They wrote: “To identify urban phenomena of ghettoisation, to explain educational difficulties, to combat discrimination and to adapt the resources of the police and the judiciary to a specific population, the question of establishing so-called ethnic statistics is raised.”

French law currently prohibits the collection of data based on race, ethnicity or religion.

Between 8 and 20 per cent of the suburb’s population are not registered with the authorities and many turn to crime or the “black economy” to earn money.

The report says plans must be put in place to tackle poverty, high unemployment and trafficking of people and drugs which is rife in some districts. 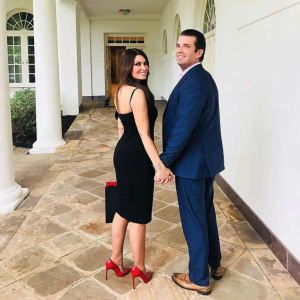 BEVERLY HILLS, Calif. — “It’s hard to know where to begin,” said Matt Tyrnauer, a Vanity Fair special correspondent turned documentary filmmaker, as he dryly started to describe his new movie, which looks at closeted luminaries during Hollywood’s Golden Age. “There’s a story about Cole Porter and multiple carloads of guys, but it’s probably not printable.” 8

Best, then, to start in 2012. In an X-rated, best-selling memoir published that year, a former Marine named Scotty Bowers recounted how, between 1946 and the mid-1980s, he ran a type of prostitution ring for gay and bisexual people in the film industry, including A-listers like Cary Grant, Katharine Hepburn and Spencer Tracy. Bowers also claimed to have personally shared a bed with J. Edgar Hoover and arranged wild sexual liaisons for the Duke and Duchess of Windsor.

It was hard to believe, to put it mildly. Bowers offered no proof, and everyone he named was conveniently dead. “Supposedly true,” wrote Janet Maslin, a New York Times book critic. Writing about the lurid, no-detail-too-excruciating memoir for The Washington Post, Charles Kaiser asked: “Can we believe all of this? Half?”

Tyrnauer — curious about the answers, as well as the notion of Bowers as a missing link in LGBTQ history — decided to find out. He trailed Bowers for more than two years and found now-elderly men willing to talk on camera about working as gay prostitutes. He turned up supporting evidence (photos, explicit Super 8 footage from 1965) and filmed Liz Smith, the late gossip columnist, confirming the lesbianism of Hepburn, a longtime friend.

His conclusion? “It all adds up,” said Tyrnauer, whose previous films include “Valentino: The Last Emperor” (2008).

“Scotty and the Secret History of Hollywood,” scheduled for theatrical release on July 27, arrives amid a box office boom for documentaries. “RBG,” an affectionate portrait of Ruth Bader Ginsburg, and “Won’t You Be My Neighbor,” about Fred Rogers, the children’s television host known as Mister Rogers, are both runaway hits by nonfiction-film standards.

Gaining steam in recent weeks have been “Three Identical Strangers,” about triplet brothers separated at birth, and “Whitney,” focused on Whitney Houston’s talent and demons.

Even so, “Scotty” could face an uphill climb with general audiences. Privately reading about a sexual Zelig is one thing. Gathering in a theater to watch a grinning Bowers, now 95, wax nostalgic about Cole Porter’s insatiability may be another.

The seemingly unending #MeToo revelations of the last year could also affect “Scotty.” How much more information about Hollywood’s sexual underbelly can people take?

“This is a perfect example of the expression, ‘people need to get a life,’” said Jeanine Basinger, the film scholar and author of Hollywood histories like “The Star Machine.” “Personally, I’m more interested in the work of these people than their possible off-screen shenanigans.”

Tyrnauer, who will follow up “Scotty” in October with “Studio 54,” another documentary that deals with gay history and excess, knows that a lot of what Bowers has to say is pretty shocking — even nearly 34 years after Rock Hudson’s death from AIDS and 59 years after “Hollywood Babylon” was first published. And that is part of Tyrnauer’s point.

“The sexual proclivities of some of the biggest stars of that era — Cary Grant, in particular — were well known to the town’s insiders,” Tyrnauer said over coffee at the Beverly Wilshire hotel. “But people still gasp. That says so much about the enduring power of the Hollywood myth machine.”

He added: “Telling an alternate history of Hollywood through a lens of one of its great unsung characters is a worthwhile thing to do. Scotty also fills in a lot of the blanks and spaces in the history of the LGBTQ movement.”

Bowers, who grew up on a farm in Illinois, settled in Los Angeles in 1946 after fighting in the Pacific during World War II. He got a job pumping gas at the corner of North Van Ness Avenue and Hollywood Boulevard, about five blocks from the old Warner Bros. lot, where Netflix is based today. He was 23.

As the story goes, Walter Pidgeon (“Mrs. Miniver”) drove up in a Lincoln coupe and propositioned Bowers, who accepted. Word got around. Bowers was soon running what he describes as a matchmaking service, with himself and several adventurous friends as the service providers. “I just wanted to make people happy,” he said in a recent interview.

Payment was a $20 bill, given as “a tip,” according to Bowers, who says that he supported himself as a sex worker and bartender for decades, miraculously avoiding the vice squad and expanding to provide partners for heterosexual stars like Vivien Leigh and Desi Arnaz. He retired (sort of) with the onset of AIDS in the 1980s; he also got married, to a woman, in 1984. Along the way, Bowers drew the attention of Alfred Kinsey, the sex researcher, Tyrnauer said.

“Scotty is the through line of sex and sexuality in the second half of the 20th century — touching every theme from his dealings with Dr. Kinsey, to the rise of gay communities in the big cities, to the dark days of the vice squad,” Tyrnauer said. In his view, he added, Bowers is nothing short of “a visionary in a world where we now accept doing your own thing in the realm of sexuality as nothing to be ashamed of.”

Even so, Tyrnauer, who had heard whispers about Bowers from men like Merv Griffin and Gore Vidal long before the publication of his memoir, decided to leave a lot of tawdry information on the cutting-room floor. He included some new tidbits that are not in the book — a vivid anecdote about Bowers, Lana Turner, Ava Gardner and Frank Sinatra, for instance — but left out dozens of other boldfaced names. “Listing off tricks isn’t all that interesting,” Tyrnauer said, adding that lawyers who vetted the film requested no changes.

Instead, the cinéma vérité “Scotty” spends a great deal of time following Bowers in the present day. He putters around the extremely cluttered house he shares with Lois, his voice-of-reason wife, and cleans out one of seven storage units. He peruses the latest issue of Cat Fancy magazine. At one point, Bowers contends with the ashes of a former friend and client, Beach Dickerson, a B-movie actor who died in 2005.

“So many happy memories,” Bowers said about the movie. “Matt found so many things. I love how it turned out.”

Bowers was sitting on the Chateau Marmont patio in West Hollywood, drinking an Arnold Palmer and flirting up a storm. He reminisced about his friendship with Vidal, who died in 2012, and paused to take a call on his cellphone from a male friend. (“Hey, baby, I’m down at the Chateau.”)

And he spoke about how much fun he had been having on the promotional circuit for “Scotty.” He was looking forward to several coming events. West Hollywood, for instance, was scheduled to present him with a key to the city.

“Can you believe it?” he said, smiling impishly. 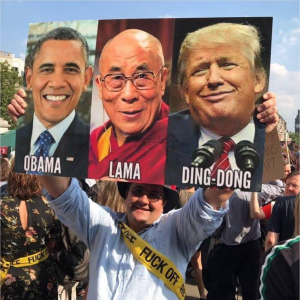 The Guardian spends the day getting to know the people Donald Trump tried to avoid during his visit to the UK. More than 100,000 people travelled to London from around the country to protest against the US president, according to the organisers of the two marches that converged on Trafalgar Square

Source: From drag queens to rappers: up close with the UK’s anti-Trump protesters – video | Politics | The Guardian

Paul Mc Cartney choir boy, believes in heaven and life after death, his songs inspire hope and love and union between men and women.

Did you notice the 2 Beatles members who took their platform to mock Jesus and instead promoted hindu/dalai lama to the world are dead?

Maybe Paul knows something John and George refused to get…