Individuals are prompted to include their social media accounts when applying for a visa waiver.

U.S. Customs and Border Protection introduced the measure in June and took comments on it until August 22, the Guardian reported.

Since the measure was introduced, the government has received much criticism from groups like the Internet Association, which represents Google, Facebook, and Twitter; the American Civil Liberties Union (ACLU); and the Electronic Frontier Foundation (EFF), according to the Hill.

“This program would invade individual privacy and imperil freedom of expression while being ineffective and prohibitively expensive to implement and maintain,” the EFF, ACLU, and 26 other groups wrote in August.

The groups said the measure’s impact would “fall hardest on Arab and Muslim communities, whose usernames, posts, contacts and social networks will be exposed to intense scrutiny.”

Los Angeles (AFP) – Dominique was hooked on cocaine and smoked two packs of cigarettes a day until she stumbled onto ayahuasca, a hallucinogenic concoction that she says has changed her life.

The French-American woman, who lives in Los Angeles and did not want her real name used, is among thousands of people across the United States who are increasingly turning to the powerful psychedelic brew from the Amazon to overcome addiction, depression or psychological trauma.

The potion, prepared and consumed as part of a shamanic ritual, is especially gaining a following in Hollywood and Silicon Valley.

Thousands are flocking to sample the elixir and swear by its therapeutic properties, despite warnings from scientists and users that ayahuasca can be dangerous and even prove fatal, especially when mixed with other drugs.

Ayahuasca’s proponents, who include celebrities such as Sting, Paul Simon, Tori Amos and Lindsey Lohan, say the plant offers a spiritual experience like no other. Many also say it has allowed them to overcome traumas that no other conventional therapy can tackle.

“There’s been this misconception that it’s the hippies that come with feathers in their hair, but it’s pretty much the opposite,” says Jeff, who organizes ayahuasca ceremonies in the Los Angeles area and who did not want his real name used.

“In a time defined by consumerism and entertainment, people want to have strong experiences, one might consider spiritual experiences, something sacred.”

The 24-year-old was on her way to work at Whole Foods when the attack occurred in the Chelsea neighborhood of Manhattan
At about 6am, a stranger walked up and cut her face with a sharp object
She then ran into the 24-hour Malibu Diner on Seventh Avenue near West 24th Street for help, saying she was attacked on the sidewalk
She was taken to Bellevue Hospital where she received seven stitches
The attacker fled the scene and has not been apprehended

In the Bible, you are not to add “usury” when you loan money.

NEW YORK (CBSNewYork) — When we think of meditation, quiet spaces come to mind, but now a New York group is turning that concept upside down.On Thursday, CBS2’s Alice Gainer joined in on what they call “the street retreat.”The subway at rush hour would hardly seem the place to practice meditation, but that’s exactly what one group did — and Gainer joined them. It’s run by an organization called Buddhist Insights — led by monk Bhante Suddhaso.“Today we’ll be practicing ‘loving kindness meditation’ here in the subway,” he explained.Participants were told to send thoughts of love and peace to loved ones and to those in the subway.“This practice is one of bringing up a feeling of unconditional love, and good will,” Suddhaso explained.

Everyone taking part had meditated in more traditional, quiet settings, but never in the subway.It’s the mission of the group to take meditation out of quiet spaces, and into public places. They’ve meditated in a factory, out on a sidewalk, seemingly everywhere.“You can meditate anywhere regardless of how quiet or how loud it is,” Suddhaso said.The message — no more excuses not to meditate.“It’s a little bit like I’m going to start the diet on Monday, or I’m going to go to the gym next week, and then next week and Monday never arrives,” Giovanni Masselli said.In the subway they believe the house is not the obstacle. It’s your attitude towards it.“It’s just sound.

I it’s only a problem if you make it a problem,” Suddhaso said.The meditation can become a source of curiosity, and some straphangers weren’t sure what to make of the unusual sighting.“I see what’s going on. I don’t know what it is though,” one rider said.Two riders actually joined in.

Others were pleased by what they saw.“We can all stand to be a little happier, and it’s great that they’re doing this I think — and it certainly that made my day happier,” Jacob Herman said.“I think that’s wonderful they’re doing in that it’s very needed, very needed right now,” Matthew Zimmerman added.It can take a little getting used to, but CBS2’s Gainer eventually got the hang of it.“At first I kept hearing the noises, but after a while it was easy to drown that out, so to be able to just put that aside, and sort of focus on my own thoughts, I was surprised by that,” Gainer said.“You can find inner peace wherever you are — even in the middle of New York City,” Suddhaso said.

All of Buddhist Insights’ events are free and open to the public.

Source: Seen At 11: Meditate On The Subway During A ‘Street Retreat’ « CBS New York

At least 20 GOP Electoral College voters are considering voting against President-elect Donald Trump next week, according to a Harvard constitutional law professor who’s offering legal aid to “faithless electors” who betray their party.Harvard University Professor of Law and Leadership Larry Lessig did not offer evidence to support his claim. But, if true, the figure would put the anti-Trump movement’s goal of scuttling his election win much closer to becoming reality when 538 members of the Electoral College vote in their state capitals on Monday.“Obviously, whether an elector ultimately votes his or her conscious will depend in part upon whether there are enough doing the same,” Lessig told Politico. “We now believe there are more than half the number needed to change the result seriously considering making that vote.”On Monday, 10 members of the Electoral College – nine Democrats and one Republican – demanded an intelligence briefing on Russian interference in the presidential election. In a letter to the director of national intelligence, the electors said they wanted information on whether Trump and his associates have ties to Russia, saying the topic directly impacted the “core factors in our deliberations” as to whether Trump is fit for the White House.Chris Suprun, an outspoken critic of Trump, was the only GOP elector to sign the letter.Lessig, who briefly ran for president in 2016 as a Democrat, provides free and confidential legal support to electors wishing to exercise their “independent and nonpartisan judgment,” according to his website.“We will defend you against any fines or legal claims that might threaten the freedom of your vote,” the website reads. “If you are an Elector, we will also allow you to know how many others like you there are. How many, not who. Because we will never reveal any Elector’s views, to anyone, ever.”It’s unclear whether any of the electors considering voting against Trump live in states with laws that legally bind them to voting for the candidate who won the state’s popular vote or be replaced by an alternate with supports Trump. It’s also unclear whether any Republicans in those states who did not vote for Trump would actually be counted, although similar laws are now being challenged in court, Politico reports.Trump won 306 electors to win the presidency last month; Hillary Clinton took home 232. If all of those Republican electors vote for Trump, he will easily surpass the threshold of 270 needed to win the White House. But if 37 Republicans decided to vote against the president-elect, that would leave Trump one vote short at 269.Lessig told MSNBC that he’s confident there’s at least 20 “faithless electors” right now – and the number could grow.“There are a bunch of groups that are working to advise and support Republican electors who are interesting in exercising a constitutional freedom to vote their conscience,” Lessig said. “That freedom comes from the federal constitution … these are federal officials.”Lessig said he believes at least 37 GOP electors will ultimately decide not to back Trump, creating a “very interesting” dynamic. The number could already be as high as 30, he told MSNBC.“Our goal is to let the electors exercise their judgment, and what we believe is that at least 37 electors will make the judgment not to support Donald Trump,” he said. “And if that happens, then of course, it goes to the House and the House has to pick among the top three candidates.”In 1808, six Democratic-Republican electors rejected James Madison, the most ever to reject a presidential nominee. 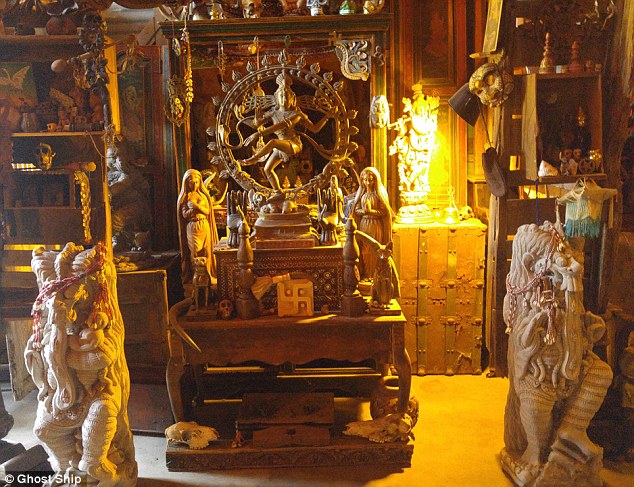 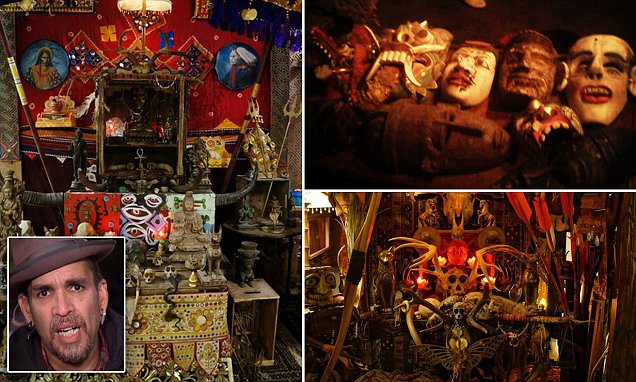 Details of the sinister and sometimes cult-like atmosphere around the ‘artist’ who ran the Oakland warehouse can be revealed.Derick Ion Almena was in charge of the illegal enclave, described variously as a collective or a commune, where 36 died in Friday night’s devastating fire.He is facing a criminal investigation into the lead-up to the fire, which happened in a warehouse filled with junk and where Almena was raising his three children with his wife, Micah Allison.Now details can be disclosed of the power Almena exercised over those who lived in the space he illegally rented to them, to the extent that one described him as ‘a cult leader’.Almena, who appeared on NBC’s Today Show on Tuesday in a testy exchange with Matt Lauer in which he ranted about being ‘sorry’ but offered no explanations for the conditions in the warehouse, was accused of using threats of violence to get his way, and being able to flip from charming to threatening in a heartbeat.SCROLL DOWN FOR VIDEO