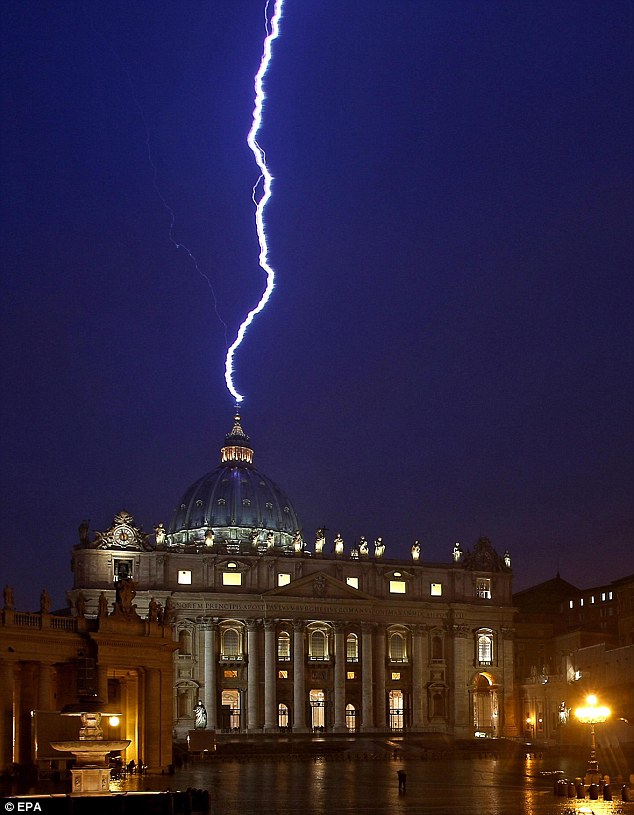 Hours after the 85 year old Pontiff announced his intension to resign at the end of the month, a bolt of lightening struck the basilica of St Peter, at the heart of the Vatican. The strange event made many ask if this was some kind of “sign from God”.

Roman Catholic’s have been shocked by the surprise announcement by Pope Benedict XVI, who said he no longer has the strength to carry out his duties, due to his advanced years.

He is the first Pope to resign since Gregory XII in 1415. In total only four or five Pope’s have stepped down from the position, most were forced out by political rivals. Pope Benedict will be the first to resign on health grounds.