Kathie Lee Gifford reacts to the death of prominent Christian evangelist and personal friend Rev. Billy Graham on Megyn Kelly TODAY. “My whole family came to Jesus through the Billy Graham organization,” she told Kelly. More on this story here.

Source: Fake videos are on the rise. As they become more realistic, seeing shouldn’t always be believing

BUDAPEST, Hungary (AP) — Hungary’s prime minister says that “Christianity is Europe’s last hope” and that politicians in Brussels, Berlin and Paris favoring migration have “opened the way to the decline of Christian culture and the advance of Islam.”

Viktor Orban said Sunday during his 20th annual state of the nation speech that his government will oppose efforts by the United Nations or the European Union to make migration acceptable to the world.

He conjured the image of a Western Europe overtaken by Muslims, saying that “born Germans are being forced back from most large German cities, as migrants always occupy big cities first.”

Orban claimed that Islam would soon “knock on Central Europe’s door” from the west as well as the south. 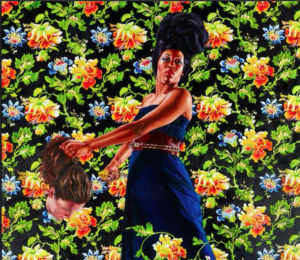 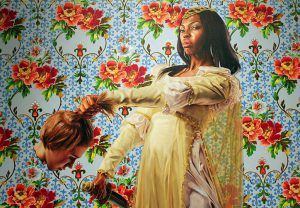 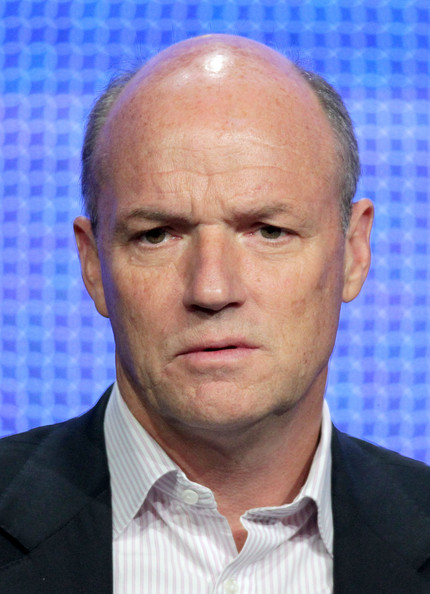 A voodoo ceremony set to take place at an upcoming Fashion Week show has raised some issues — flummoxing producers more used to managing clothing racks than constructing “voodoo poles” and the raising questions about the legality of acquiring a machete in New York City.

Designers XULY.Bët, Mimi Prober and Hogan McLaughin are combining their shows on Thursday and conducting the paean to two voodoo spirits, Ezili Dantor and Ezili Freda who, we’re told, together represent the “perfect feminine whole” in the religion.

The group — which includes XULY.Bët designer Lamine Kouyate, who was born in Mali — has been inspired by the #MeToo movement and anger about Donald Trump’s “s—hole countries” remark.

New Orleans voodoo priestess Sallie Ann Glassman has flown in (presumably on a plane, but who knows) for the occasion at Industria and a group of Haitian spiritual drummers will be lead by Atibon Legba.

It was put together by People’s Revolution founder, TV personality and amateur witch Kelly Cutrone, who told us she consulted her lawyer before sourcing the machete traditionally carried by Ezili Dantor.

“[The lawyer] replied, ‘I have represented clients with brass knuckles, gravity knives, hunting knives, guns, automatic weapons and even a musket but never a machete — let’s keep it that way.’”

Cutrone told us, “We’re a group of pagans, Jews, witches and voodoo practioners trying to do something for feminism and the retail business.”
Source: #MeToo inspires voodoo-themed show at NYFW | Page Six

President Donald Trump has repeatedly touted the strong stock market performance since his election victory as proof of his success.

Detractors may point to the Dow Jones industrial average’s recent stumbles, but the benchmark index has much further to fall before Trump’s postelection gains are gone.

During Tuesday night’s State of the Union address, the president honored an undeniable hero — a kind and caring New Mexico police officer who stepped up to save a child about to be born, and her desperate, homeless, opioid-addicted mother.

It was a three-hanky anecdote, made all the more vital because it concerned a drug-damaged, impoverished woman and the law enforcement officer who protected her, a man more likely to be treated with contempt these days than with the respect and love he deserves.

Within hours, the hard left got hold of the inspirational story and mangled it into a cautionary tale about Republican misogyny, mistreatment of the poor and a handmaid forced to reproduce against her will, human roadkill in the evil war on drugs. No mention was made of innocent children maimed by drugs and parental neglect. It was dizzying.

It started when President Trump introduced Ryan Holets, a 27-year-old Albuquerque cop, his wife and adorably snoozing adopted infant daughter. He told how the lawman encountered a homeless woman, eight months pregnant, preparing to shoot heroin into a vein. He stopped her.

When the officer “told her she was going to harm her unborn child,’’ said Trump, “she began to weep.’’

He continued, “She told him she didn’t know where to turn, but badly wanted a safe home for her baby.’’

The cop “felt God speak to him,’’ said Trump, and showed the mom-to-be a photo of his four children and wife, Rebecca. The couple then provided the “safe home’’ that the pregnant woman craved for her baby, taking in the little girl and naming her Hope.

A heartwarming, happy ending? Apparently not in Trump- and police-hating Bizarro World.

Writing in Slate, Christina Cauterucci declared that Trump’s words, “if you happened to be only half-listening, kind of sounded like it glorified a police officer for stealing somebody’s baby.’’

And “the slippery ethics of this anecdote are a handy crystallization of the principles of the GOP, which treats women as mere tools of reproduction.’’

In an opinion piece in the Washington Post, Elizabeth Bruenig argued that keeping the government money spigot flowing is the best way to solve intractable societal ills, such as drug use. And, in a spectacularly stupid New York Times op-ed, Jennifer Weiner equated the case of the cop, the pregnant woman and the full syringe to the battle against abortion rights.

“In his State of the Union address, Donald Trump told us exactly who the modern-day abortion opponents are — and exactly what they think of women,’’ she began.

Pro-lifers, she wrote, “can argue that the only difference between an embryo, a newborn baby, and a kidney patient on dialysis is age, size, location and circumstance,’’ she wrote, apparently reasoning that the mother had no choice but to give birth (and maybe to use drugs).

She argued that Trump’s failure to mention the mother by name (forget privacy) fuels the anti-abortion movement’s zeal to dehumanize pregnant women. Or something.

“In order to make abortion illegal, abortion opponents have to change our minds,’’ she wrote. “They have to get Americans to believe that a fetus or an embryo is the same as a baby, only smaller and that a mother doesn’t matter as much as that ‘pre-born’ baby does. If, in fact, she emerges from their rhetorical sausage grinder as barely a person at all, that’s all to the good.’’

And so, she perverted the officer’s beautiful gesture into an attack on women’s rights.

Now, I’m a fierce champion of a woman’s right to choose abortion. It’s non-negotiable. And yet, I’m not so blinded by hatred of the right to see that this has nothing to do with a sinister attempt to enslave women. The mother here was clearly determined to give birth and to place her child in a stable, drug-free home, which she did.

In an interview with CNN in December, the woman identified herself as Crystal Champ, 35, who lived in a tent with her partner, Tom Key, and suffered through continual drug relapses. But Officer Holets didn’t give up on her. He started a GoFundMe campaign to raise money for the couple, and reported that they entered rehab, and are doing well. Baby Hope was born addicted to drugs, went through withdrawal, but is, blessedly, now gaining weight.

All this was achieved not through a government handout, nor the left’s fixation on supporting the mother’s rights — to get high, I suppose — but through the generosity of one family and of strangers.

This should be applauded, celebrated, copied. Not demonized.