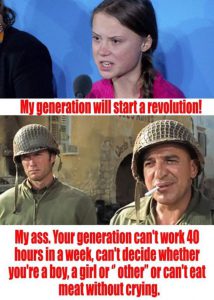 Now we who are gay can sue the states for damages for the past 128 years, we’ll punish them and get rich off the states, in effect bankrupting them thereby punishing the people of the state.

Now we who are gay can sue the pastors and the moral objectors for discrimination, we’ll destroy the church and lift God’s hand of blessing off ALL of America, not just California where this all started…

Hmmm…
Is it Climate Change or Judgment? Any Californians thirsty yet?

Meanwhile ISIS continues to attack in France and other countries, shooting 28 people sun bathing at a beach front resort, beheading others in France. Why won’t they just roll over and let us bowl them over with our legislation? What’s wrong with them? Maybe more laws? ? ?

Isis is against the “western” mind set as demonstrated today, once again by the Supreme Court.

So expect more serious attacks in the future… They believe they are fighting Big Brother and the Great Satan after all.

Have a nice day…

Three contractors are bidding to fix a broken fence at the White House.

One is from Chicago, another is from Tennessee, and the third is from Minnesota.

All three go with a White House official to examine the fence.

The Minnesota contractor takes out a tape measure and does dome measuring, then works some figures with a pencil.

The Chicago contractor doesn’t measure or figure, but leans over to the White House official and whispers, “$2,700.”

The official, incredulous, says, “You didn’t ben measure like the other guys! How did you come up with such a high figure?”

The Chicago contractor whispers back, “$1000 for me, $1000 donation to your party and we hire the guy from Tennessee to fix the fence.”

And that’s how government works…

Answer: Princess Diana’s death.
Question: How come?
Answer: An English Princess
with an Egyptian boyfriend
Crashes in a French tunnel,
riding in a German car with a
Dutch engine, driven by a Belgian
who was drunk on Scottish whisky,
(check the bottle before you
change the spelling),
Followed closely by Italian Paparazzi,
On Japanese motorcycles,
Treated by an American doctor,
using Brazilian medicines.
This is sent to you by
A Canadian, using
American Bill Gates’ technology,
And you’re probably reading
this on your computer that
uses Taiwanese chips,
and a Korean monitor,
Assembled by Bangladeshi
workers in a Singapore plant,
Transported by Indian truck drivers,
Hijacked by Indonesians,
unloaded by Sicilian longshoremen,
and trucked to you by Mexicans who
are in the US illegally
because the current president,
born in Kenya and educated as a muslim in Indonesia
refuses to enforce US law.

That, my friends, is Globalization !