It has been confirmed that the recent terror attack on London Bridge was by a convicted terrorist. Usman Khan, 28, was convicted in 2012 for terror offences. However he was released on license a year ago. Part of his parole conditions were he had to wear a tag, and part part on the government’s desistance and disengagement programme.

Police shot Khan after members of the public tried to disarm him.

“Sorry, but I do not wish you a good Ramadan,” wrote the head of the Uighur Institute of Europe in Paris, in a cri de coeur railing against Muslim countries’ indifference to the plight of Uighurs in China’s far-western Xinjiang region, published by French weekly L’Obs in May.

In the UN there has been a divide between those condemning China and those who have not. Western nations like the US and UK have condemned the treatment of Uighurs. However many Muslim nations have remained silent.

When contrasted by the unilateral condemnation of Myanmar for its military crackdown of Rohingyas Muslims many might wonder why.

However, many Muslim nations like Turkey, Egypt and Saudi Arabia have highly valuable trade agreements with Beijing.

“There is less solidarity than there is for the Palestinian or Rohingya causes,” noted Sophie Richardson, director for China at Human Rights Watch. “China has managed to win these countries’ support because they need Chinese investment.”

The document includes rules and guidelines for the camp:

The documents reveal how every aspect of a detainee’s life is monitored and controlled: “The students should have a fixed bed position, fixed queue position, fixed classroom seat, and fixed station during skills work, and it is strictly forbidden for this to be changed.

“Implement behavioural norms and discipline requirements for getting up, roll call, washing, going to the toilet, organising and housekeeping, eating, studying, sleeping, closing the door and so forth.”

Inmates will only be released after it can be proven they have transformed their behaviour and ways of thinking. The Chinese government  had said the camps were voluntary education programs.

However the documents also show details like in 2017 15 000 people were detained in the camps in one week alone.

California’s Supreme Court has rejected a law that would have forced any candidate to publish their 5 year tax returns in order to appear on the primary ballot.

Gov. Gavin Newsom, Democrat, had signed the bill in July. However the state Republican Party and Chairwoman Jessica Millan Patterson challenged the bill.

The court has now ruled the bill unconstitutional.

Ex Policeman and business owner, Harry Millar, has been recorded in a UK data base for committing a hate crime. Harry Millar received a phone call from a police man PC Mansoor Gull to inform him they had received a complaint from a member of the public claiming that Mr Millar’s business would be an unsafe place for him to work.

PC Gull then read out a number of tweets Mr Millar and made relating to trans people, one a poem he had retweeted. When Mr Millar challenged PC Gull as to what crime he had committed the policeman said none, but his name would be recorded as committing hate-speech. Mr Millar is unable to have his name removed from the records. As no crime has been committed, so there is no court case to prove or disprove innocence or guilt.

In the UK the definition of hate crime is:

In the UK a hate crime is commented according to what a person perceives, not under any legal framework. PC Gull told Mr Miller “I have to check your thinking”. Prompting the question: is the UK police force the thought police now? Mr Millar has chosen to sue the police over their hate speech agenda.

The Justice Department have terminated rules dating back to the early days of Hollywood relating to anti-trust movie distribution.

“We cannot pretend that the business of film distribution and exhibition remains the same,” Makan Delrahim, the antitrust chief at the Justice Department, said at an American Bar Association conference in Washington. “Changes over the course of more than half a century also have made it unlikely that the remaining defendants can reinstate their cartel.”

The ending of the rules will unlikely harm the big companies who control the majority of multiplexes across the country, but there are fears in the industry the new rules will harm small independent theatres.

“If distributors can engage in block booking, exhibitors may be forced to pack their screens with global tentpoles at the expense of targeted programming,” the National Association of Theater Owners aid in its submitted comments to the Justice Department, referring to blockbuster films that now dominate the box office. “Consumers will face increasingly limited choices at the box office, and, without the possibility of a theatrical run, many films will no longer be made, limiting the availability of choices through home entertainment platforms as well.”

They discovered that an attacker could remotely take control of a users camera and take photos, record videos and listen to conversations without the owners knowledge.

The Rev. Al Sharpton raked in $1,046,948 from his own charity last year, according to National Action Network’s latest tax filings obtained by The Post.

The Harlem-based nonprofit — which Sharpton controls as president and CEO — said the extra cash was to make up for the years from 2004 to 2017 when he didn’t get his full pay.

NAN said it hired an executive compensation firm that determined the good reverend was owed $1.252 million — but he was generously willing to take $500,000 less.

Sharpton and the nonprofit’s board also agreed “he has now been fully compensated for all the years he was underpaid and received no bonus,” the NAN statement said.

The sharp-dressing, silver-tongued preacher defended the windfall before taking the stage for his weekly rally at NAN’s House of Justice in Harlem, an event where attendees throw cash in the collection bucket at the reverend’s behest.

“Fifteen years, you are talking about since 2004 when I came back after running for president,” he said. “For anybody else it would be laughable.”

He said he also deserved the 2018 raise.

“It’s a six-day-a-week job and several hours a day and when [the compensation firm] compared it to other companies, other non profits, that’s the salary that they would get,” he said.

The firebrand activist and MSNBC host was not exactly earning minimum wage in recent years. The last year he went without a salary was 2008, and he has made well into the six figures every year since, tax documents show.

He certainly wasn’t coveting his neighbor’s paycheck in 2017, when his NAN salary came to $244,661, or the year before, when he was paid $250,000 plus a $437,555 bonus. NAN justified the bonus at the time saying it was designed to make up for a lack of full compensation, including no retirement or benefits packages over the years.

The nonprofit also noted in 2016 that Sharpton’s average yearly pay of $283,543 from 2007 through 2016 fell within the competitive range of those who held similar positions.

The holy man’s mammon really raised eyebrows last year when NAN’s filing revealed he had sold the rights to his life story to his own charity for $531,000. The organization contended the purchase would provide a revenue stream because it could turn around and sell the rights.

NAN at the time said an unnamed “executive committee independently approved” the deal, leading one expert to question how the independence was achieved.

“In this case, it’s really difficult because of his role in the organization and just because of his overall influence,” Linda Sugin, a Fordham University Law School professor and associate dean said at the time.

Sharpton said Saturday that NAN did sell the rights for a documentary that filmed the night of his 65th birthday gala at the New York Public Library, an event hosted by Samuel L. Jackson and Spike Lee. But he said he hadn’t received any cash yet.

“They have already made a profit on that off the birthday,” he said.

NAN took in $7.3 million in donations last year, up $1 million from the previous year. NAN paid off years of accumulated tax debt in 2014.

Sharpton has been paying down millions in his own personal federal and state tax liens. In June, he finally paid off his personal tax debt to the state, which last year stood at $95,031.21. He still owes $698,470.99 in back taxes for three of his companies, according to the state Tax Department.

The Ridgecrest earthquake back in July has shown how  a relatively small quake can trigger faults over a wider area. The Ridgecrest quake has seen over 24 faults rupture.

Ridgecrest started with three separate quakes, which released enough energy to trigger a 6.4 sized quake.  The following day there were 4 additional quakes which then triggered a 7.1 sized quake.

“The geometry of this fault network is just incredibly complicated,” said Zachary Ross, Caltech assistant professor of geophysics. “These faults are unmapped … many of them are at right angles to each other; they’re cross-cutting each other. In the central portion of it, they are spaced a few kilometers apart, like dominoes. There’s 20 of them in a row. This 7.1 ripped through all of these.”

Ellie Goulding has threatened to pull out of preforming at half time during a Dallas’ Cowboys Event unless “the Salvation Army make a solid, committed pledge or donation to the LGBTQ community.”

The game marks the beginning of the Salvation Army Red Kettle Campaign.  The campaign seeks to help homeless people with meals and shelter over winter; as well as providing gifts for children from disadvantaged children over Christmas.

Goulding made the decision after fans’ backlash over her involvement with an organisation which has traditional not supported the LGBTQ community. Critics of her decision have argued that the Salvation Army already support members ion the LGBTQ through their ministry to the homeless.

With 10,000 baby boomers retiring every day in the US not all of them have made financial provision.

One in three retirees have failed to make any provision for retirement. As a result many are selling off homes and moving into trailer parks, or manufactured homes as they are now known. 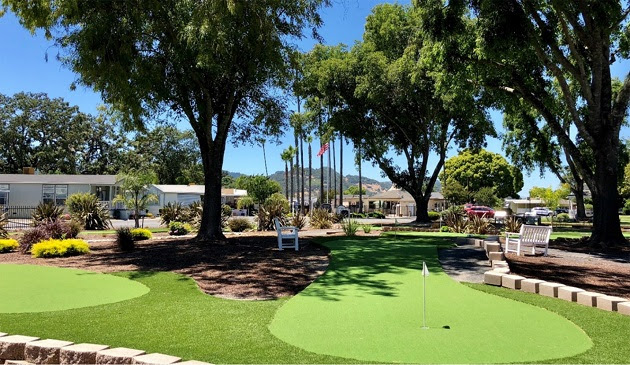 With the increased demand stocks in companies has risen: Sun Communities and Equity Lifestyle Properties have seen a surge 53% and 42% respectively in the value.

Google’s Project Nightingale is to be investigated over how it accuses patient data via health care providers.

Google’s involvement in the health care provider Ascension, which runs 2,600 hospitals in the US, attracted criticism after it was discovered google could access patient data without the consent of the patient.

The news of Project Nightingale coincided with news from the UK, that popular health websites shared user data with big tech companies like Google, Amazon and Facebook.