The rain that fell on California in recent weeks could have supplied the state’s water needs for 10 years — if it had been captured and stored. Unfortunately, most of the water is being left to drain to the Pacific Ocean.

In 2022, California election officials mailed out more than 22.1 million ballots to registered voters, the data published by Public Interest Legal Foundation (PILF) shows. Of those, more than 10.8 million went “unaccounted for” as researchers said election officials can only make assumptions as to what happened with the ballots.

Officials are asking Californians to use less electricity as the state faces record demand for energy on Tuesday, creating the possibility for rolling blackouts in the midst of a heat wave.

A California district court ruled Thursday that a state law mandating companies, including religious organizations, pay for elective abortions as part of their health insurance plans is unconstitutional.

A bill to institute gun safety measures in the aftermath of the October 21, 2021, Rust shooting has failed to pass the Democrat-dominated California legislature.

The California State Assembly passed a bill on Monday that would establish the state as a “refuge” for transgender children and their families.

House Minority Leader Kevin McCarthy, whose district is in California, called out Democratic Governor of California Gavin Newsom on Sunday over his handling of the ongoing drought in the state.

“They haven’t built any new water storage. No new dams. They don’t have any desalination,” he continued. “They continue to let water go out into the ocean. So in a drought year, you do not have the reservoirs to be able to supply the water that’s needed,” McCarthy told Fox News.

California pays some the highest taxes on pay and gas in the country.   And there are signs voters have had enough.

Voters defeated on Tuesday the largest borrowing proposal in the history of California schools — $15 billion for repairs. And it has led to questions if the state is on the cusp of a 1970s style tax revolt.

It has been a generation since a school bond failed. Voters also rejected more than half of the 237 local tax and bond measures on that ballot.

Soaring taxes are not the only thing angering residents. The high cost of housing, a costly high-speed rail project and the homelessness crisis in the state’s major cities are also contributing to voter unease.

Others are asking why voters are being asked to pay more taxes at a time when the economy has been strong and the state is rolling up a multibillion-dollar budget surpluses?

The Trump administration has put California on notice: stop forcing insurance providers to cover abortion, or risk financial consequences. In a statement they said:

“Today, the U.S. Department of Health and Human Services (HHS), Office for Civil Rights (OCR), announced an action to protect human life and the conscience rights of all Americans,”

The statement is official notification to California, “that it cannot impose universal abortion coverage mandates on health insurance plans and issuers in violation of federal conscience laws,” reads the statement. 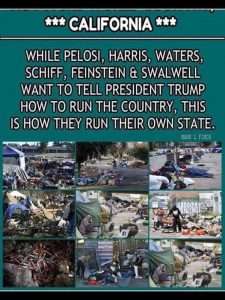 California’s Supreme Court has rejected a law that would have forced any candidate to publish their 5 year tax returns in order to appear on the primary ballot.

Gov. Gavin Newsom, Democrat, had signed the bill in July. However the state Republican Party and Chairwoman Jessica Millan Patterson challenged the bill.

The court has now ruled the bill unconstitutional.