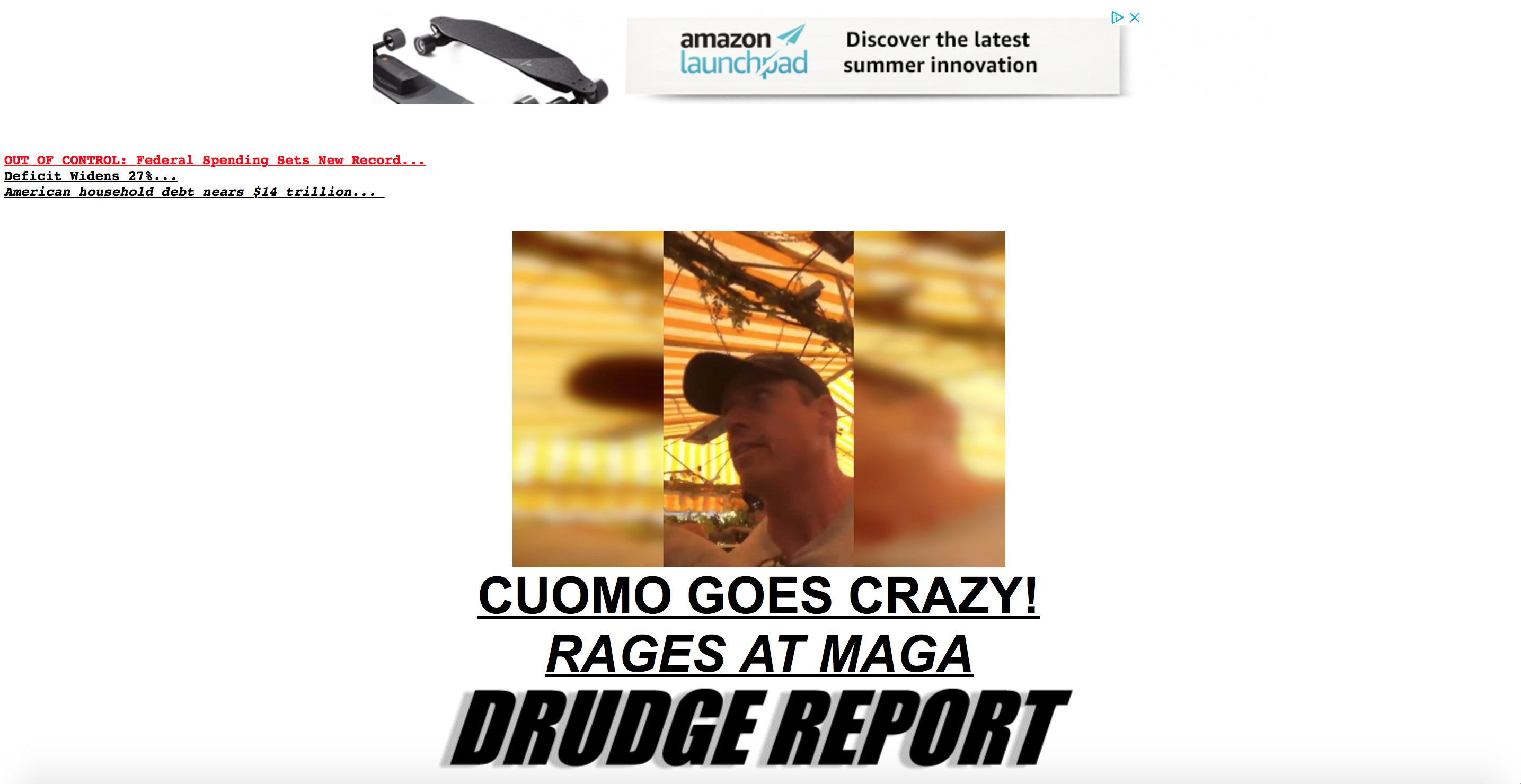 CNN’s Chris Cuomo erupted at a man in public who apparently called him “Fredo,” in a wild moment caught on video that went viral Monday night.

The encounter between Cuomo and the man happened at a Shelter Island bar — that appears to be Sunset Beach — on Sunday. The video, surreptitiously filmed by the man Cuomo was shouting at, was uploaded to Twitter by a user who said he was sent the clip.

“Punk-ass bitches from the right call me Fredo,” Cuomo told the man, who claimed he thought the CNN anchor was named Fredo. “My name is Chris Cuomo. I’m an anchor on CNN. Fredo is from The Godfather.”

“They use it as an Italian aspersion. Any of you Italian?” Cuomo continued. “It’s an insult to your fucking people. It’s like the N-word for us.”

They went back and forth, and at one point Cuomo said, “I’ll fucking ruin your shit. I’ll fucking throw you down these stairs like a fucking punk.”

A CNN spokesperson told Mediaite in a statement, “Chris Cuomo defended himself when he was verbally attacked with the use of an ethnic slur in an orchestrated setup. We completely support him.”

Cuomo is receiving support from outside CNN as well. His 9 p.m. rival at Fox News, Sean Hannity, tweeted “good for [Cuomo]” in response to the video. “He’s out with his 9 year old daughter, and his wife, and this guy is being a jackass in front of his family,” Hannity wrote. “Imho Chris Cuomo has zero to apologize for. He deserves the apology.”

Cuomo is off air this week, but he will return on Monday. CNN told Mediaite his vacation was pre-planned.

Facbook is reportedly offering news companies millions  for them to publish content of the social media company’s site.

It has been suggested Facebook are considering launching a news tab which will allow news agencies to publish stories. This comes as Facebook have been criticised for monopolising online advertising whilst using news companies content for free.

Ely Erlich in a recent online article posed the question: “Is Donald Trump a bad president or does the media exaggerate his faults?”

Erlich argues that the media is in fact pushing a false narrative. He used as his argument the coverage CNN and NYT gave to a press conference in the White House where the President hosted people from throughout the world sharing their stories about the religious persecution they had experience.

CNN-NYT pushed the narrative the President was unfeeling, and racist in his dealings with a young Yazidi Christian, who had been raped and watched members of her family massacred.  The news story said the President did not know her story. However the reason for the conference was to allow the woman and the others present to tell their stories to the global media, allowing them a voice, highlighting the injustices they had suffered. Attendees to the event praised the President for his work in this area, and the opportunity to share their stories. However, CNN and NYT turned the story into an attack on the President.

Google  Project Zero researcher Natalie Silvanovich has said that hackers can access an iPhone via iMessanger through an interaction-less bug in the text.

“These can be turned into the sort of bugs that will execute code and be able to eventually be used for weaponized things like accessing your data,” said Silvanovich at a security conference in Los Angeles on Wednesday, according to a report by Wired.

House Judiciary Committee Chairman Jerry Nadler, D-N.Y. has confirmed that they have began the official process of impeachment against the President.

This is formal impeachment proceedings,” Nadler said. “We are investigating all the evidence, we’re gathering the evidence and we will at the conclusion of this, hopefully by the end of the year, vote to, vote articles of impeachment to the House floor or we won’t. That’s a decision that we’ll have to make. But that — that’s exactly the process we’re in right now.”

A new report published on Thursday has concluded that religious freedom has hit a 40-year low in China.

The communist state has imposed strict laws controlling religious freedom since the Communist Party took power in 1949. However, in recent years things have become worse for people of faith in China.

China has persecuted its Uighur Muslim population in Xinjiang, but also Buddhists, Jews and Christians.

Churches in China have seen buildings destroyed, bibles confiscated and an increase in believers being imprisoned for their faith.

Chinese President Xi Jinping has particularly targeted the underground church movement in China, which has seen phenomenal growth over the last two decades.

The trailer for the movie The Hunt has been pulled by ESPN in the wake of the mass shootings in El Paso and Dayton.

The movie produced by Universal Pictures and Blumhouse, and staring Hilary Swank and Betty Gilpin, depicts a group of liberal elites who take to red states to hunt “deplorables” i.e. conservatives for sport.

The Hunt Trailer (warning shows scenes of a violent nature):

Jason Blum the founder of Blumhouse, and notorious Trump-hater, was booed off stage at the 32rd Israeli Film Festival in LA after he blamed the President for the rise in anti-semitism.

“A lot is on the line, the last two years have been hard for all of us who cherish the freedom as citizens of this country,” the BlacKkKlansman producer said, triggering boos. “As you can see from this auditorium, it’s the end of civil discourse. We have a president who calls the press the enemy of the people. Thanks to our president, antisemitism is on the rise.”

After markets rebounded after they fell to their lowest point on Tuesday. Economists are warning that there are signs of a Lehman Brother’s like collapse.

“At this point, we think it would be a mistake to dismiss the possibility of a Lehman-like shock as a mere tail risk,” Nomura macro and quant strategist Masanari Takada said in a note Tuesday. “The pattern in US stock market sentiment has come to even more closely resemble the picture of sentiment on the eve of the 2008 Lehman Brothers collapse that marked the onset of the global financial crisis.”

The next sell-off could resemble a Lehman Brother’s like collapse. Nomura is basing its view on data showing hedge funds fleeing the market and said more are set to exit when their algorithms are triggered by rising volatility.