Two major employers are offering workers more control over their health benefits, a switch that could mean less coverage.

Sears and Darden Restaurants — the parent company of the Olive Garden, Red Lobster and other chain eateries — plan to start giving their employees a pot of money and letting them choose both their insurer and level of coverage from an online marketplace, The Wall Street Journal reports. The move may mean that employees end up paying more for their coverage out of pocket if the sum provided by their employers doesn’t go up as quickly as health care costs.

In a statement to The Huffington Post, Sears’ spokesman Chris Brathwaite disputed the WSJ report and clarified the change.

“We are ABSOLUTELY still providing health care benefits and we are not giving employees money to buy health insurance. In fact, in 2013 we will be subsidizing eligible associates and their family members’ medical benefits at the same level that we are this year.” Brathwaite wrote in part in an e-mail. “The corporate exchange model brings increased flexibility to group health coverage for our associates, giving participants a chance to choose both the level of coverage and the insurance company that best meets their needs.”

Napolitano: Executive order on cybersecurity is ‘close to completion’ – The Hill’s Hillicon Valley.

Homeland Security Secretary Janet Napolitano has said the cybersecurity executive order that the White House is drafting is “close to completion”, it will then be reviewed by the President.

This draft executive order is aimed at protecting the nation from cyberattacks. It is focusing on protecting key infrastructure: electric grid, water systems, and transportation networks. The order would create a voluntary program, with security standards developed, in part, by the government.

However, some business leaders and Republicans are critical of the order, believing it will open the door for regulatory agencies to, in the future, force companies to meet the security standards.

U.S. Sen. Mike Johanns along with 41 other senators has filed an amicus brief in a challenge to challenge constitutionality of President Obama’s “recess” appointments to the National Labor Relations Board in January. Republicans argue that the Senate was still in session, not in recess, making the Presidents appointments illegal.

Obama made the appointments whilst Senators were still on their Christmas and New Year break, and the Senate was operating on a pro forma basis. Obama therefore decided the Senate was on recess.

If the appeals court sides with the Republicans it could invalidate a host of decisions already passed by the National Labor Relations Board.

When Muslim extremists stormed the US embassies in Libya and Cairo protestors pulled down the US flag and replaced it with the black banner of Salafism.

Salafism is a puritanical branch of Islam which teaches a literal interpretation of the Koran. Salafism has been on the rise throughout the Arab world since the Arab Spring, and it is being bank rolled by Saudi Arabia.

What’s more, the features and correlation increase the more conservative they are in their actual actions i.e. voting, according to Colleen M. Carpinella.  Carpinella is the study author, a UCLA graduate student in psychology.

Taking the same photos to other students, the results were duplicated easily and with a high percentage of accuracy.

The Supreme Court is in session… on Monday.

This new term will bring high profile matters to the forefront.

Rulings on affirmative action, gay marriage and voting rights should prove to be large social issues.

This Buddha statue which was brought by the Nazis to Europe is from space according to German researchers.

However, it was carved after it arrived on earth!

It has been nicknamed iron man and has been carved out of a meteorite.  The statue is likely of a Buddhist god and it appears to be holding something.  The chest contains a swastika symbol.

The statue was brought back to Germany following a Nazi expedition to Tibet to locate the origin of the Aryan roots by Ernst Schafer in 1939.

Though not definitive, researchers believe the statue is of the Buddhist god Vaisravana, or Jambhala.  Buddhists revere it as a god of wealth or war. 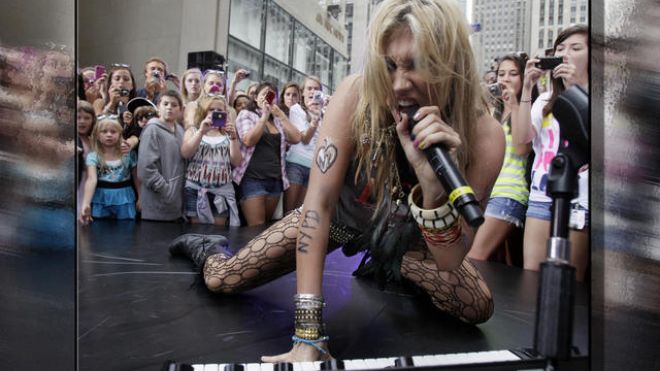 Ke$ha’s recent spiritual type encounters don’t seem isolated either.  She went on a “crazy spirit quest” recently in Africa, where she was “rehabilitating baby lions”.  While there she was hypnotized. 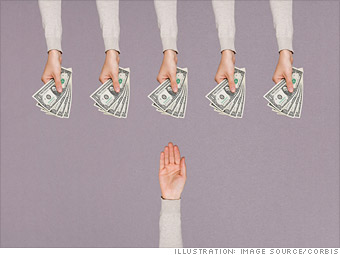 The French Socialist government confirmed a 75% tax rate for top earners and a new 45% ‘band’ for revenues over 150,000 euros.

Businesses are targeted as well.  Loan interest tax deductions have been reduced and a capital gains tax break has been eliminated.  These respective cuts have taken €4 and €2 BILLION out of the hands of business and placed them into government coffers.

“France is sick because of the model it has … but is choosing to preserve it.” says Guillaume Cairou, Head of the Entrepreneurs Club.

On Friday, Congress was notified by the Obama administration that it would be sending $450 million to Egypt.  This $450 million is part of a $1 billion package that Obama had pledged to Egypt in 2011 for debt forgiveness to the United States.

The administration however has met resistance.

The direction of Egypt’s course under the Muslim Brotherhood, its policies, local protests against the American Embassy located in Cairo and how the Obama administration has handled crisis in Islamic regions has left some wondering why the US continues to send aid.

Kay Granger, a Texan Republican who is chairwoman of the House appropriations subcommittee that is responsible for managing foreign aid, said that she would block this aid distribution.

The US relationship with Egypt “has never been under more scrutiny” than it is now.  Granger goes on to say, “I am not convinced of the urgent need for this assistance and I cannot support it at this time”.

However, Hillary Clinton speaking in New York on Friday, indicated that the world should do more in supporting the regions that have experienced the ‘Arab Spring’ uprisings.

This debate comes at a time when Egypt is in an economic crisis.  They are currently facing a $12 billion deficit in their budget.

Jay Leno took some surprising jabs at Obama and his handling of the economy and jobs on Thursday.  “I love how the politicians capitalize on this kind of thing, like the minute the replacement refs were fired, President Obama said, See, sometimes losing jobs can be a good thing. Its a good thing…. A new survey out today shows how much time we waste every day in our lives. For example, we waste seven minutes in line every time we go to get coffee, 28 minutes getting through airport security, four years waiting for Obama to do something about the economy. Every year, we waste a lot. We wasted a lot of time.”

It has been a bad week for California jobs, especially in the Sacramento area. First Comcast announced it will close all three of it’s call centres, with a loss of 1,000 jobs, 300 of these in Sacramento. The the news that the Campbell Soup factory in Sacramento will close, with all 700 employees being laid off.

Campbell’s Sacramento factory was build in 1947 and is their oldest factory, but it also has the highest production costs. When the plant closes in summer 2013, operations will move to other factories in Texas, North Carolina and Ohio.

California’s unemployment rate is currently around 10%, one of the highest in the country.

YouVersion’s Bible app has been downloaded 65 million times.  It is has been ranked third for iPad and ninth for the iPhone by Appsfire in non game categories.

The site/app was created by Bobby Greunewald.  He used to run a professional wrestling website!  The inspiration came to him while waiting in a security line at the Chicago O’Hare International Airport.  Before he arrived at his gate of departure Greunewald had registered the domain name which is YouVersion.

There is approximately 300 versions that can be downloaded and options for people in 144 different languages.

Chicago.  Walter Jacobson with CBS 2, interviewed some gang members in Chicago and asked them their opinions on the solution to violence in Chicago.

“There’s no solution to the violence,”

“Killing, killing is the solution”