For TikTok users, WitchTok is probably nothing new. TikTok has an algorithm which adapts users content around their interests, and if your interest is witchcraft the WitchTok is the place for you.

Witchcraft has seen as massive resurgence in recent years; largely due to the internet and social media. Modern witches now take to TikTok, or WitchTok, to evangelize the masses and promote their beliefs.

Some use the platform to teach spells, do tarot readings, or potion making. The social media platform is particularly helpful this year as Halloween approaches, and they cannot meet in person. They are taking to WitchTok and other platforms for a socially distanced Halloween. And the fact that Halloween falls on a Full Moon makes it especially poignant for them.

A church in Nice, France was the scene of a terror attack which left three dead. The suspect was shot and detained by police. One elderly woman was virtually beheaded. The other victims were a man who had his throat cut, and a 44-year-old woman.

The attacked has been named as  Brahim Aioussaoi,  21-year-old, Tunisian. It is believed he arrived by boat on the Italian island of Lampedusa. The island is on one of the main routes illegal immigrants used to access Europe from Africa. He was placed in Coronavirus quarantine, before being released and told to leave Italy.

The mayor of Nice spoke of “Islamo-fascism” and said the suspect had “repeated endlessly ‘Allahu Akbar’ (God is greatest)”.

A computer repair shop guy has handed over copies of a laptop hard drive to the New York Post after he found “disturbing” material on a computer he believes belonged to Hunter Biden. The laptop contains evidence of the Beau Biden Foundation, Joe Biden and links to the Ukraine.

John Paul Mac Isaac the owner of the shop has told reporters that over a year ago he handed the laptop to the FBI. However, he took a copy of the hard drive, because he wanted to see if they did anything with the evidence. After it became clear to him that nothing  was being done Issac handed the hard drive over to reporters.

As Covid cases have begun to rise in the UK the government has taken the steps to impose regional lockdowns. However, this has caused anger for many just returning to business after weeks of lockdown and uncertainty.

Two weeks ago when the Prime Minister was asked about the restrictions in the north of England he was unable to give the correct answer. Many have said this points to the fact the restrictions are too complicated.

In the devolved regions of the UK the restrictions are different again. Scotland has just seen the central belt region have the harshest restrictions in the UK imposed. With hospitality shut down. Business owners have warned many of them will not be able to reopen. There is also widespread anger that regions have been shut down where little or no Covid has been reported.

Politicians in the UK have warned the British public to expect more of the same, and probably harsher restrictions as the winter months and flu season begins. However, as guidelines become more complicated, and businesses and jobs are hit hard will the public comply?

President Trump has appeared at a rally, and spoke to supporters for the first time after leaving hospital, where he received treatment for Covid.

The President said he “felt great” and was no longer taking medication for Covid.

He earlier in the week told the nation not to fear Covid.

Since the border with Guatamala has reopened around 2,000 Honduran migrants are making their way north, hoping to reach the US.

However, the Guatemalan President has vowed to stop them and return them to the border:

“The order has been given to detain all those who entered illegally, and return them to the border of their country,” President Alejandro Giammattei said in a broadcast address to the nation. “We will not allow any foreigner who has used illegal means to enter the country, to think that they have the right to come and infect us and put us at serious risk.”

A Minnesota newspaper has mocked the President, saying they find it funny that the President and First Lady have tested positive for Coronavirus. 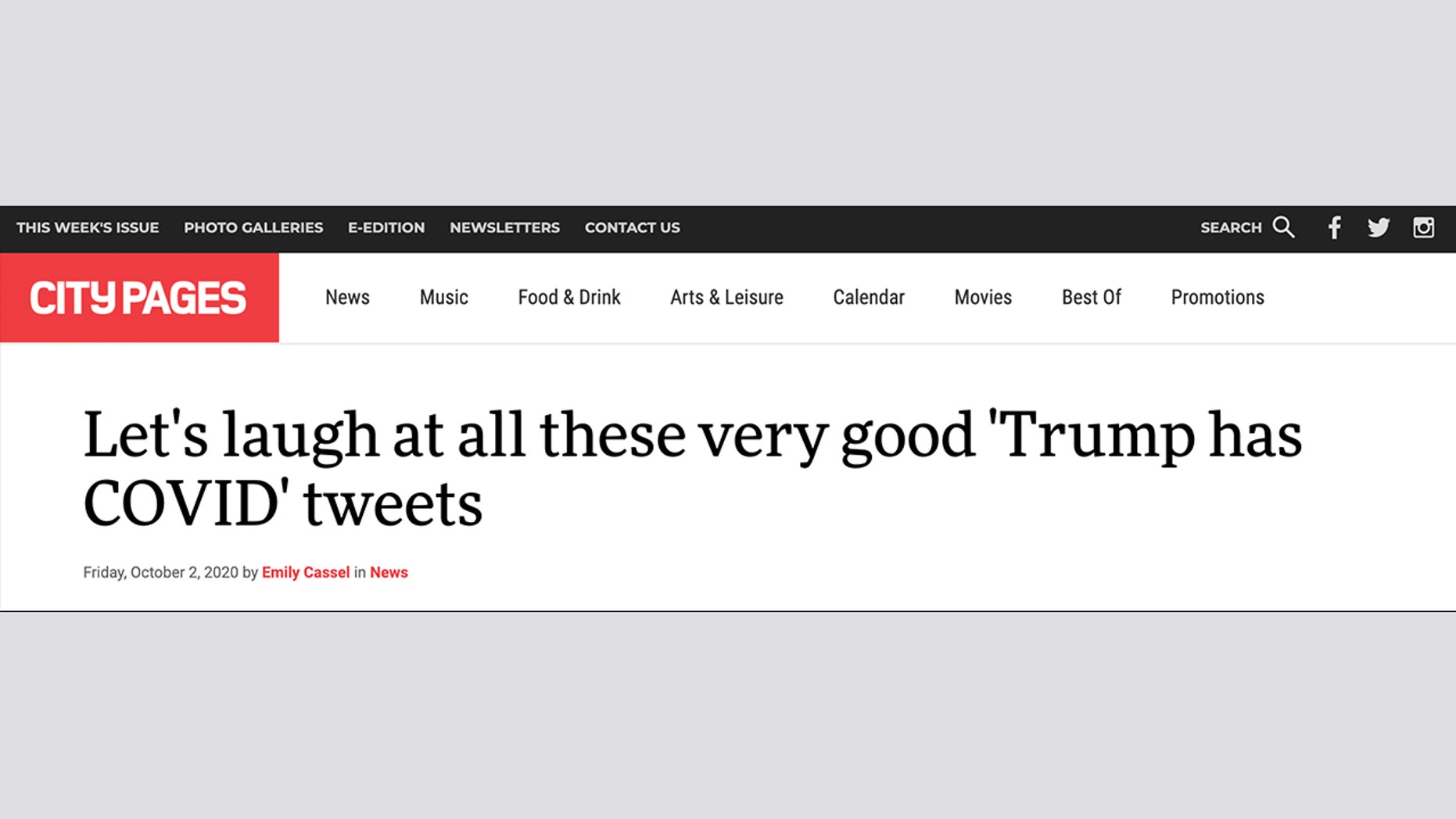 The newspaper has also condemned liberals for taking the moral high ground in wishing the President well.

Emily Cassel Editor-in-Chief, wrote “So President Trump and the First Lady have COVID. Man, anyone else just in a really, inexplicably good mood this morning?”

She went on to say,

“Trump was in Minnesota [on] Wednesday for an enormous outdoor rally in Duluth and a big ol’ indoor Twin Cities fundraiser with some of the state’s wealthiest GOP donors. (Gee, I sure hope those billionaires are alright!!!),” she wrote.

“Meanwhile, feeling a hit of dopamine for the first time since … March? 2016? … It’s the first time in a really long time scrolling isn’t inherently doomscrolling,”

Cassel is not the only liberal to take delight in the diagnosis. Some have gone as far as to hope for the President’s death. One tweeted: “I think I speak for everyone when I say that it would be insanely funny if he died of the coronavirus,”

The President and First Lady have tested positive for Covid-19, and are now self-isolating. The President is said to be in good spirits, and exhibiting only mild symptoms.