Members of the newly controlled Republican House on Thursday announced an investigation into the Biden family business and whether President Joe Biden is compromised by the family’s business schemes.

Leftist American President Joe Biden struck a conciliatory tone in his public remarks alongside genocidal communist dictator Xi Jinping of China on Monday, suggesting China and America should work together on “climate changes” and “food insecurity” but not addressing human rights.

As a major hurricane bears down on Florida, President Biden already has declared a state of emergency, which allows federal agencies to mobilize relief efforts. But he has not spoken to Republican Gov. Ron DeSantis, a potential political rival.

Nor did the president speak to Mississippi’s Republican Gov. Tate Reeves when flooding caused the main water facility in the capital city, Jackson, to fail in late August. (But Biden did phone the Democrat mayor of Jackson.)

President Biden has issued nearly 100 executive orders, which will cost taxpayers up to $1.5 trillion, as the national debt nears $31 trillion, according to an expert.

President Joe Biden condemned supporters of former President Donald Trump on Thursday night in a speech that was promoted as a mission to restore “the soul of the nation.” 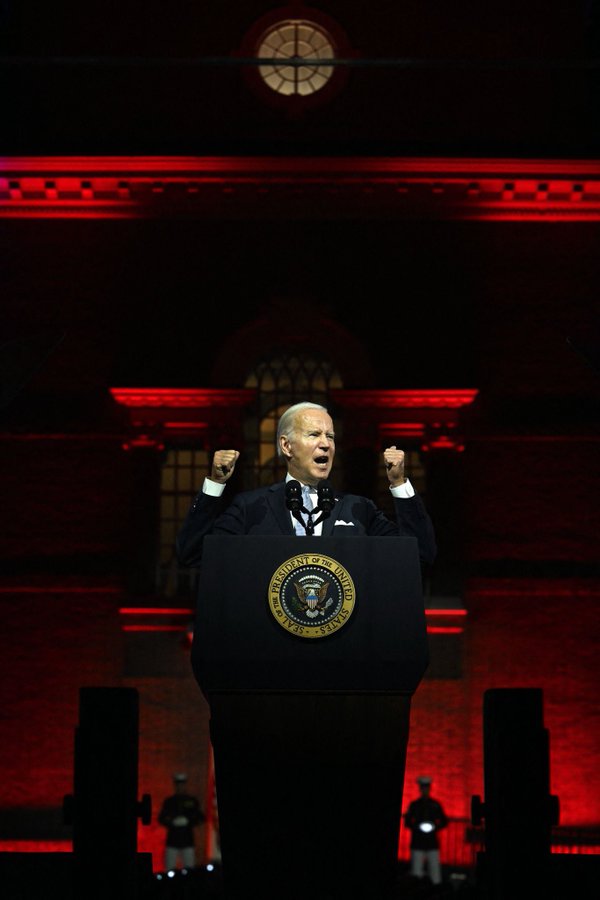 President Joe Biden’s White House was intimately involved in the Department of Justice’s (DOJ) criminal probe into former President Donald Trump, according to government documents reviewed by Just The News.

President Joe Biden is spending nearly half a million dollars in American taxpayer money to build a security fence around his vacation home in Rehoboth Beach, Delaware.

President Biden has tested positive for COVID-19, the White House said on Thursday.

U.S. President Joe Biden and Prime Minister Justin Trudeau of Canada are reportedly blocking a British plan to fight food shortages and inflation by cutting back on biofuels in favour of edible crops, claiming it endangers their “net zero” ambitions.

President Joe Biden reportedly fell off his bike in Rehoboth, Delaware, on Saturday morning after getting his foot stuck.

President Joe Biden acknowledged Thursday in a new interview that people were not happy under his administration, as they were fighting historically high inflation and record-high gas prices.

The U.S. trade deficit rose an astonishing 22 percent in March to $109.8 billion as prices of oil and imported products rose due to soaring inflation, according to data released Friday by the Census Bureau and the Bureau of Economic Analysis.