The twitter account of Daily Citizen has been banned. Daily Citizen is the news site of the Christian organisation Focus on the Family.

Daily Citizen tweeted on January 19th about the President’s appointment of a transgender woman to Assistant Secretary for Health at the Department of HHS.

The tweet read: “Dr. Levine is a transgender woman, that is, a man who believes he is a woman.”

“Hi The Daily Citizen, your account, @FocusCitizen has been locked for violating the Twitter Rules. Specifically for: Violating our rules against hateful conduct. You may not promote violence against, threaten, or harass other people on the basis of race, ethnicity, national origin, sexual orientation, gender, gender identity, religious affiliation, age, disability, or serious disease.”

Daily argued that they were defining what “transgender woman” meant, and pointed out many other people and organisations had done the same. In a statement they wrote:

“Numerous outlets reported on Levine’ appointment – including President Biden’s White House – noting Dr. Levin’s transgender identification,” the letter reads. “Many of the articles and tweets explained that Dr. Levin was born male, believed he is really a woman, had surgery and opposite-sex hormones, and now identifies as a woman.”

“Our tweet does not promote violence against, threaten, or harass Dr. Levine,” it continued. “Yet, we are deeply puzzled about how it was misconstrued. We simply explained to our readers the appointment and defined what transgender women are – those born male who believe they are a woman, regardless of whether they have had opposite-sex hormones or surgeries.” 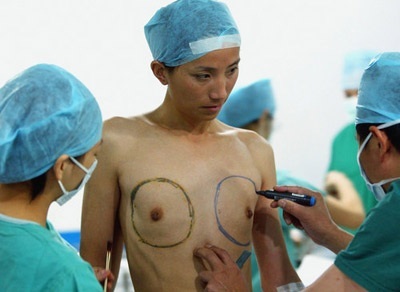 San Francisco continues to lead the U.S. in strange firsts.  They are about to become the first city to cover costs of genger reassignment surgery.

This program would be for San Francisco residents who are uninsured.

On Tuesday, the cities’ Health Commission voted for the program which was announced last Thursday.

The program would cover mastectomies, genital reconstruction and other related surgery.

According to Barbara Garcia, the local Public Health Director, the program would not be running until later next year.

Gay rights advocates in San Francisco are regrouping to broaden their fight.  They seek to ban therapy, focused on converting teens with feelings of gay, lesbian, bisexual or transgender issues to straight feelings, into other regions and States.

California is the first State in the nation to sign this kind of bill into law.  California Governor Jerry Brown has labelled this kind of therapy as “quackery” with “no basis in science or medicine”.

Currently this ban applies only to therapists who are licensed and not to ministers or other lay people.

Some Christian legal groups are planning on fighting this in federal court.

California Governor Jerry Brown has signed into law a ban on gay-to-straight therapy which focuses on minors.

This therapy is also called “conversion therapy” which seeks to change a person’s feelings away from an LGBT (lesbian, gay, bisexual, transgender) orientation.

The American Psychiatric Association says that these types of therapies do more harm than good and cite their research showing those who have been subjected to it have an increased risk of suicide, anxiety, depression and other self-destructive type behaviors.

In signing the law Governor Brown stated “This bill bans nonscientific ‘therapies’ that have driven young people to depression and suicide,”.

New York, NY.  “In The Life”, a public television news magazine that focuses on issues regarding LGBT (lesbian, gay, bisexual and transgender) content will be closing this December.

“In The Life” claims that they are the only national television program focusing on the “gay experience”.  They have been nominated for an Emmy (twice), a Webby, the National Academy of Television Arts and Sciences Ribbon of Hope, the National Lesbian and Gay Journalists Association 2011 Excellence in HIV/AIDS Coverage, the 2006 Seigenthaler Award for excellence in network television and a GLAAD Media Award for Outstanding TV Journalism-Newsmagazine.

According to the interim director Ellen Carton, funding is partly to blame for the closing down of the network.

Floyd Lee Corkins II of Herndon Virginia, has been charged with federal firearms violations and assault with intent to kill.

Last Wednesday, Corkins entered the Washington DC downtown office of the Family Research Council, pulled out a 9-mm gun from his backpack and started shooting.

According to the FBI, Corkins’ stated “I don’t like your politics,” prior to the shooting.  After being wrestled to the ground by a security guard, Corkin also said “… it was not about you, it was what this place stands for”, Fox News reported.

Despite Corkin’s apparent attempts to wreak wider havoc, he was unable to get past security at the Conservative nonprofit organization.

The Family Research Council’s website indicates they seek to advance “faith, family and freedom in public policy and public opinion”.  They oppose gay marriage and abortion, have lobbied federally on behalf of these issues and have supported Chick-fil-A’s president Dan Cathy and his recent remarks on the gay marriage issue.

Corkins is a volunteer with the DC center for the Lesbian, Gay, Bisexual and Transgender (LGBT) Community.  He also was carrying sandwiches from Chick-fil-A in addition to 50 rounds of ammunition.

SAN FRANCISCO – This last Monday, LGBT (Lesbian Gay Bisexual Transgender) activists prevented the San Francisco Supervisors Committee from continuing business.  That business was to approve a permit for another business to replace a business that shut down 3 months ago.

The problem, the new business is not gay.

Google, of Mountain View, California is on a worldwide campaign to “change the hearts and minds” in support of gay rights.

Google calls it “Legalize Love” and they announced it at a Global Lesbian Gay Bisexual Transgender (LGBT) Workplace Summit recently in London.  Anna Peirana who is from 429 Magazine, first reported this mission.  She describes it as an effort to legalize gay marriage.  Google expands this and states their mission is broader and is meant to include every country in its operations.  Mark Palmer-Edgecumbe states “It is obviously a very ambitious piece of work”.

See this link for the source article. Can Google get foreign countries to embrace gay rights? – The Week.